So someone posted a story about this fella on facebook... it's sort of hard to explain his act so take a look... (it starts to get groovy around the 30 second mark)

How cool is that?!? Anywho, I guess that there is a bit of a stink because he amplifies his sound and he draws a rather large crowd, so despite the fact that he has a busking permit there's been a tad of a kerfuffle. You can check out the facebook page devoted to keeping him around here.

You can also check out his site shibatenspirits.com. Be sure to take a gander at the photos because there are some beauts!

Also pretty swell today... Paul found a four leaf clover, I found two AND I found a five leaf one! 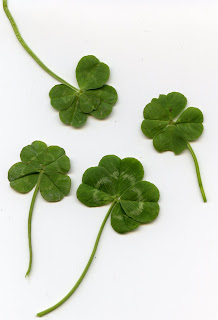