Death, Estrangement and a Pint of Cider 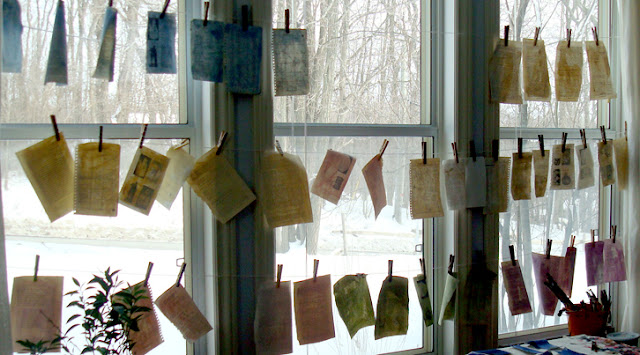 There's about a zillion and three things that I should be doing... instead I'm prepping pages for some new wee books. They look rather pretty, hanging by colour, in my studio window. At least I've been productive.
I'm feeling sort of blah. Not quite maudlin, certainly not depressed, just blah today.
We drove to the big city for a memorial service this past weekend. A family friend passed away the other week. He was a nice man who bought plenty of rounds at the pub, danced with me at my wedding, argued with me about which was better Holiday Inn or White Christmas. He worked until the day he died at age 77.
I won't lie, I wasn't extremely close to the man, but he meant enough to make the 3 hour drive.
It was pretty clear that he wasn't close to his 5 children. They felt that he was distant. His affections were not demonstrative. The term "estranged" was used by one of his sons.
I can understand their sticky position. My own father hasn't spoken to me in years. It's been over 20 years since I've actually seen him face to face. If I were asked to speak at my fathers funeral, I'd politely decline. I don't know my father, he doesn't know me. He has chosen to not be a part of my life. I may not agree with his choice, but I accept it and carry on.
Honestly, I don't even know why I'm sharing all this. I suppose when someone passes you can't help but think about your life and the people in it. I'm definitely not the huggy kissy type. I admit to living more in my head than in the real world. I sure as hell hope that the people in my life know that I care about them anyway... even if I don't want to kiss them :)
Gah! When I'm dead tell my loved ones not to even bother with a service. Just have a pint and spare a thought or two about something funny we shared. Much better than uncomfortable ceremonies, tears, and bad music.
Posted by Nichola 5 comments:

A WIP of the big D

I've been meaning to do another painting of my fantastic kiddo. Somehow between the swim lessons, another trip to the dentist (where I awoke mid-sedation to find the masked bastard still working away on my chompers!) and a power outage that lasted hours upon hours, I've managed to squeeze in some painting. 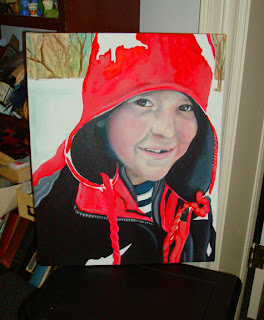 It's far from done. I'm guessing it's only about 45% there at this point. There's a whole whack of pushing paint around left to do but it gives me a total thrill that my camera recognizes it as a face :) I'm really hoping that it turns out well because I love the graphic effect of the black and red.
Posted by Nichola 5 comments:

Is it February yet?

So far we've had death, birth, sickness, celebration and all of the stuff in between and we're not even through the first month of 2011! If I owe you an email, or dinner, or anything please know that I'm not ignoring or avoiding you, it's just that life has been a bit nutty these past few weeks.

Giveaway winners, your winnings will be popped in the mailbox tomorrow evening directly between dinner and swim lessons. I'm really sorry for the delay but every single time I get set to send, something pops up. Barring a freak snowstorm (fingers crossed that doesn't happen) your goodies will be on the way quick as can be.

I haven't really been doing very much crafting but I will let you peek at these... 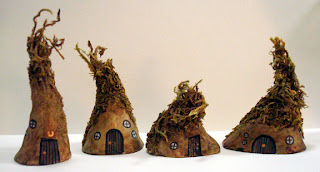 Wee pixie houses! I'm pretty pleased with the direction of them... we'll just have to wait and see how far I'll get with my grand ideas for improvement :)
Anyway, here's hoping that all the drama for 2011 decided to get itself out of the way quickly and that it's smooth sailing and cotton candy kisses from here on out.
Posted by Nichola 2 comments:

She's finally done (except for a few minor paint touch ups)!
This is the stargazers house. 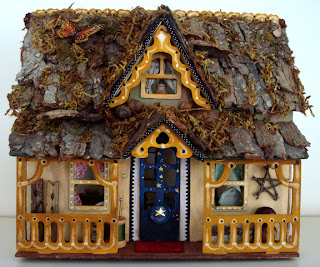 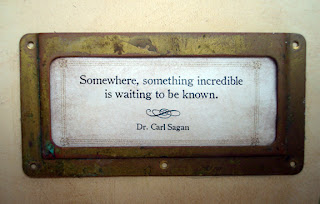 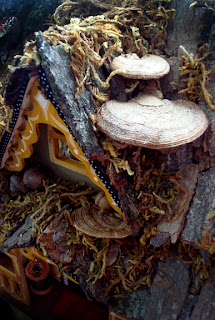 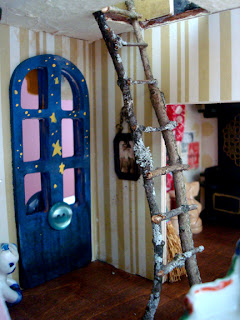 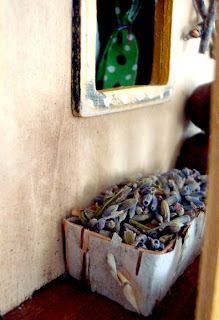 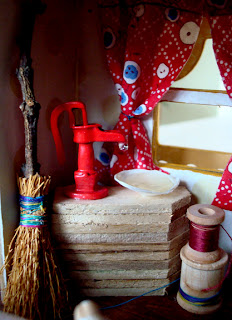 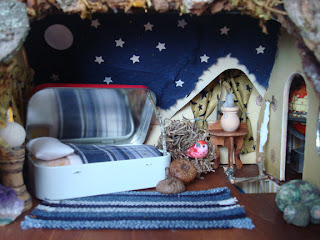 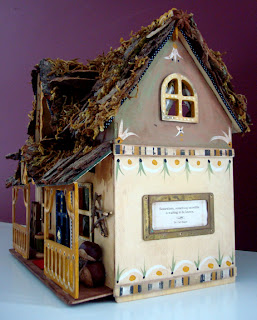 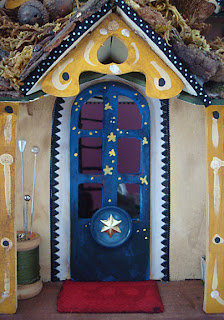 To see more photos hop on over to my craftster post
CHECK IT OUT HERE!
P.S. Attention giveaway winners: Your prizes will be on the way next week. We've had a bit of a 'to do' beyond our control but everything should be sorted by the end of the weekend!
Posted by Nichola 10 comments:

Sorry for the silence... I've taken all my spare moments from the past two days to work on my second wee house. She'll need another day or so but here's a sneek peek... 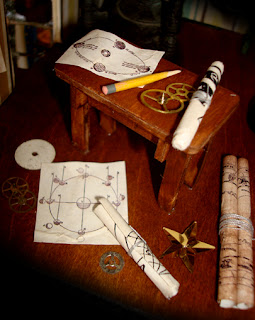 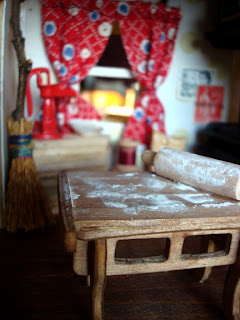 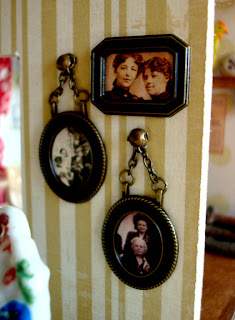 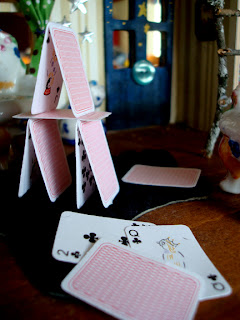 The winners of the three herb packs are...
Jennie, D. Suplicki and Moon Daughter

Congrats all! I'll be contacting you for your info and your giveaway prizes will be on their way shortly.
Posted by Nichola 1 comment: