It certainly has been a crazy few months but we are finally in our new home and very slowly getting settled. There are boxes everywhere and the place is a disaster but it is quickly becoming home.

There are a few things that we did not expect: the leaky drain in the kitchen, the sweltering heat in the upper floor, the crazy loud airplanes that occasionally pass by. I think that we can deal with all of it because there are so many nice things about being here. Just get a load out of the view from my office window... 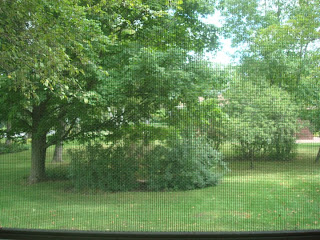 It's been nice to spend more time with the Big D also. Last week we went on a treasure hunt in our back garden to dig up some old bottles we saw. Most of them were smashed to bits but there were a few survivors. 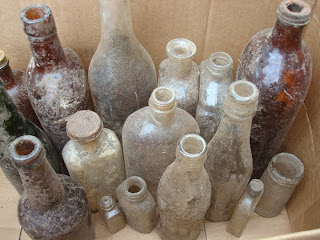 It's been a hell of a move. Seriously, it's been all sorts of awful in so many ways. But I'm thanking the gods that it's pretty much over and I can get back to life.
Posted by Nichola