This week will be mostly devoted to'uncovering' all the fairy haunts on our hill. I managed to get some work done yesterday and found a hobbit door which was sneakily hidden under a patch of long grass. 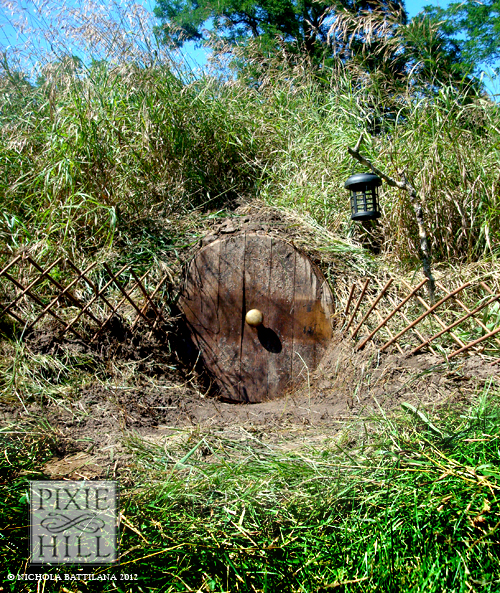 Tonight after dinner I was delighted to find several little pixie houses had sprouted on the old stump under an old gooseberry bush. 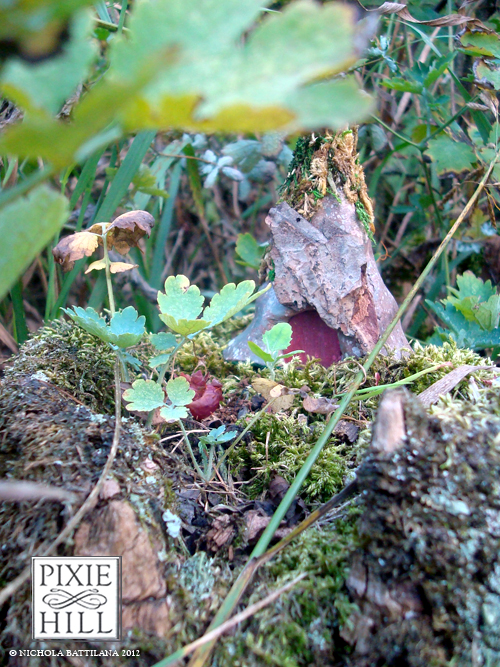 Uncovering all these unbelievable finds is quite contagious. After a little bit of photoshopping I've turned a snapshot taken by my son into this... 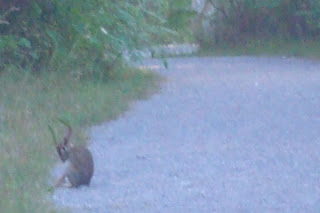 ... and am bound and determined to convince him that it wasn't a regular old rabbit he captured a photo of, but was a jackalope!

I bet he wavers for about 3 seconds then rolls his eyes at me.
Posted by Nichola