Our open house has come and gone. The fairy tour was a great success and I'm looking forward to inviting some of the wee folk back next year. Here's a few pics of a few stops on the tour... 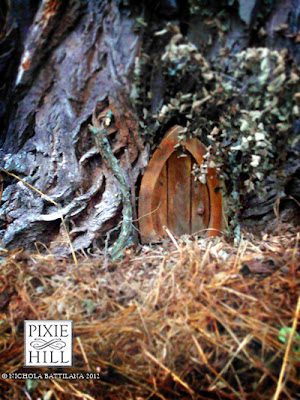 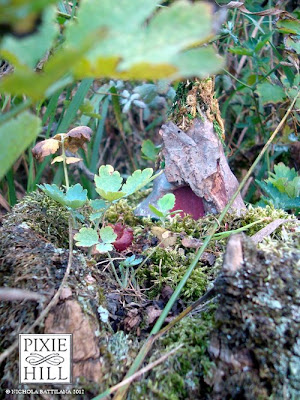 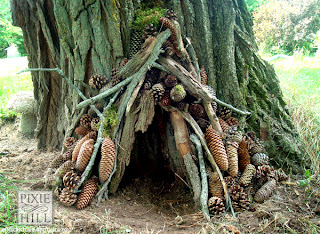 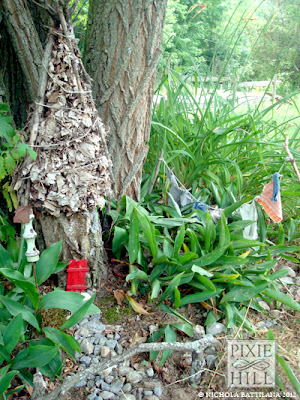 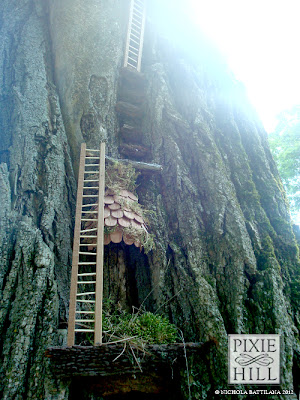 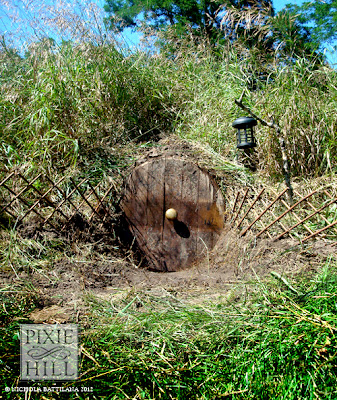 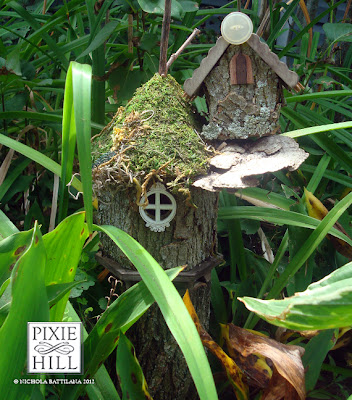 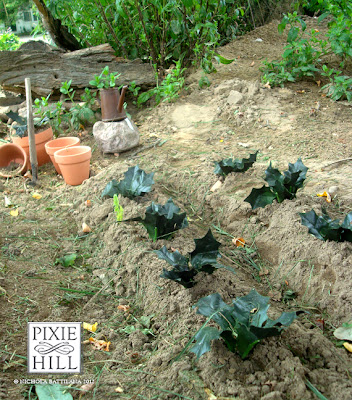 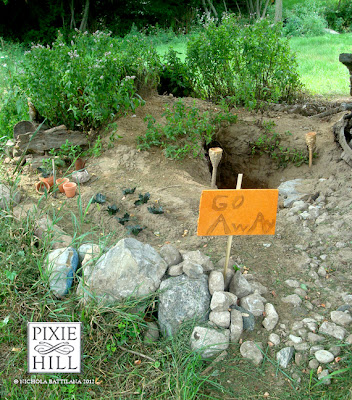 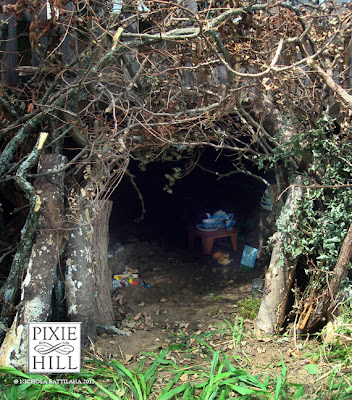 Someone did voice concern over if the wee folk would approve of revealing their spots. I can tell you, as someone who gets along rather well with the little people, that they didn't mind one bit. They were the ones who showed me the way, who sparked the idea, and it was done with the greatest of respect.

Now that's over it's on to MOAR MOAR MOAR stuff. This month I'll be hauling ass to try and finish a couple paintings for September. Then September will be Halloween madness and a super secret project in October that I think you'll think is pretty damned nifty. It'll be the biggest sneakiest thing I've ever attempted!!!

Until then there's a few new goodies in the etsy shop. Hop over and take a gander.... 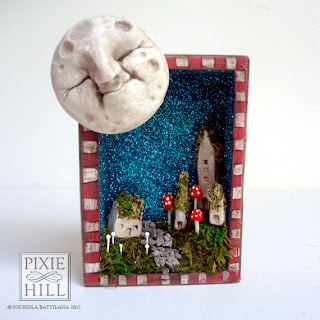 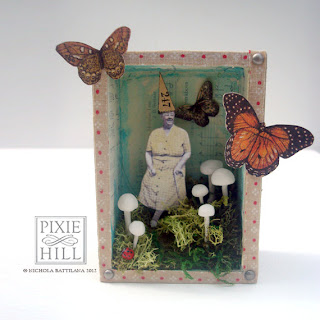 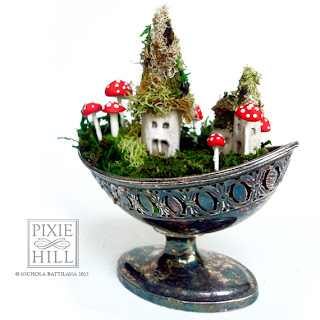 A Tiny Fairy Town in a Tarnished Dish 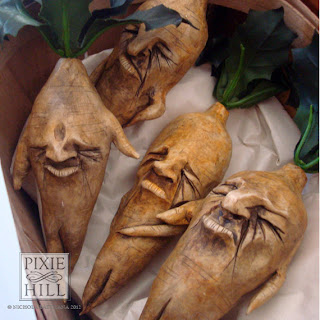 ...and lots of other new listings too. Hop over and take a peek PixieHillStudio  xoxo
Posted by Nichola