Tomorrow marks the 3rd anniversary of our move into this drafty old house and the town of Brighton, Ontario. Our moving day is a pretty special anniversary. 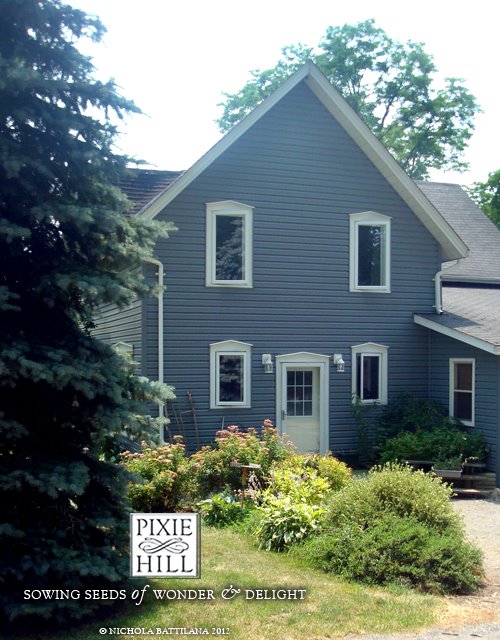 In the three years we've been here, I think I've given a single update about the 8 months we endured prior to the move. To be honest, my husband would prefer if it was never mentioned again. The thing is, about two months ago, I realized I hadn't thought about our ordeal in a couple of weeks. You see, for over two years, I still thought about what we went through every single day.

Before we moved into this house we spent 8 sleepless months in a neighbouring town. We had left all of our family and friends, and moved 3 hours from everything we knew for the chance to change our stars, but ended up in a nightmare.

We found ourselves in a very pretty house across the street from a commercial establishment that demonstrated absolute disregard for it's residential neighbours and environmental codes and standards, with excessive noise emissions. We found ourselves in a town where the mayor, and city officials would tell citizens that we were "troublemakers" and "shit disturbers" for trying to abate the issue. It was a place that I was labeled as a "drain on society" because it never occurred to anyone that I might work from home. A place where I was told a city counsellor referred to me as "that bitch" at the gas pump.

This wasn't a little bit of daytime noise. I could hear this noise from every room in my house, even the basement. My floor and doors would vibrate from it. It was like having someone stand behind you and hum in your ear, or a plane flying overhead, for hours on end, day and night. I believe the longest stretch we recorded was 36 continuous hours.

The lack of sleep caused directly by the noise, deeply affected me physically and mentally. I cried daily. I would cry at the kitchen sink, not because there was noise, but because I knew it was coming. Things got so bad that I was placed on prescription medication so that I might be able to sleep in my own home, BUT even medicated, the noise woke me.

One night, after hours of continuous noise, we filed a complaint. I told the dispatch not to send anyone because I knew there was nothing they would do, I just wanted something on record. The dispatch was confused and said that any time noise was excessive we could file a complaint and didn't understand why I thought nothing would be done. The police showed up and the officers told us we were wasting their time and preventing them from doing more important things.

City officials outright lied about the situation. They denied all knowledge of the issue despite a full presentation made by affected citizens two years previously. When forced to conduct a sound assessment, a parking by-law officer was sent to sit inside his truck, make notes that the lights were on in our home, and 'record' sound levels of 0 db... an impossibility. There were also claims that no activity was taking place at the location between midnight and 4 am despite video evidence to the contrary.

Now, sleep deprivation and sound bombardment does funny things to person. There were moments in that house when I actually thought to myself "If I just killed myself I could stop the noise!" I knew these were irrational thoughts (so did my neighbour who told me she also had the same thoughts) but I couldn't help it.

The final straw came when harassing phone calls were made because of our involvement in the noise issue... and no one cared. City officials never, ever responded to our frantic phone calls. That should not have been a surprise considering that out of over 50 messages sent to the mayor and city manager we only had seven replies.

We put the house up for sale, disclosed the noise issue, sold the house, and 8 months to the day we moved in... we moved out. (I should add here that out of all of the people in this giant mess our real estate agent was a marvel. Absolutely conscientious and principled, he earned our utmost respect and appreciation during this disaster.)

The day we moved into the Pixie house, the noise stopped, we slept soundly, and our lives improved immediately.

Eventually a proper sound assessment was done at the location and found that the facility was emitting noise up to 80% over the legal limit. Vindication, over a year after we left.

A few weeks later this appeared in a local paper... "We're taking the side of the residents.... politicians failed miserably the very people who elected them. All residents have ever wanted is fair and equal representation." I hadn't cried in the year since moving into our new place, but I shed a few tears reading that.


Truly, it revolts me to think that the people who own and operate that business knew exactly the damage they were doing and yet continued their torture. I remain disgusted by the mayor, city manager, councillors and other city officials who failed so completely and miserably, not only in their professional duties, but as human beings.


BUT, here we are, in this old place, in the ideal little town of Brighton. A town where people wave, say hello and chat to strangers. A real and warm community where we feel like we matter and have a voice. A place where we feel valued, and wanted, and are encouraged to contribute. 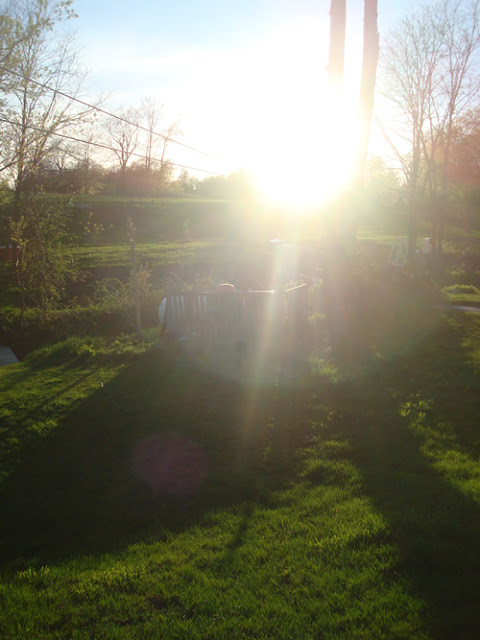 Here we are, in our old crooked house, halfway up a hill, surrounded by magic and wonder, feeling pretty damned warm and fuzzy, and oh so lucky, to belong somewhere.