Today is not about lovely crafty or witchy or magical things.

Today is about death!

You would think that being married to a wine maker would be glamorous. It's not. The piles of wine stained clothes, dinners that steal him from the family table, worrying about him driving home late at night from events, the physical toll of hard and sometimes very dangerous work... and, at this time of year, losing him utterly and completely to the grape. The wives of those who toil in the vineyards and stomp on grapes are known as "Harvest Widow's" for good reason.

He loves that bottled nectar of the gods. He's passionate about what he does. So I smile and do what I can to support him in his bliss. To be honest, having a few extra bottles of wine on hand does ease my suffering ;)

But there is one thing I really and truly LOATHE about being a wine makers wife... fruit flies. Fruit flies, always and everywhere. Sometimes worse than others but always at least one or two flying around and ALWAYS a pain in the bottom.

Now, I've tried everything and heard every tale for getting rid of the little buggers. Cider vinegar, beer, soap... I've tried it all. But last week I stumbled upon something and did a little kitchen experiment to see if I was right. 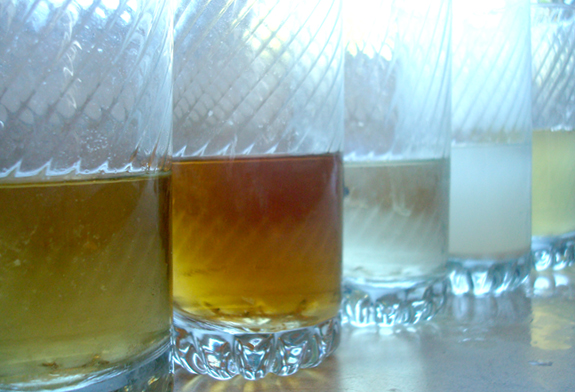 I took several glasses and filled each of them with things said to trap/kill/lure the wee beasties. I arranged them in a ring on the counter and waited. Here's the results... 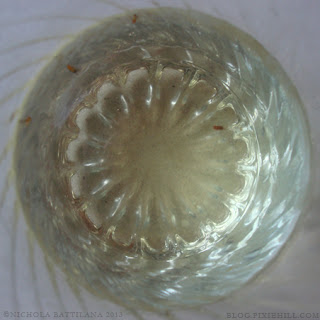 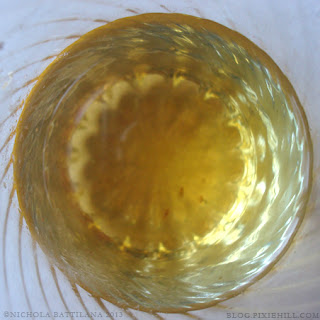 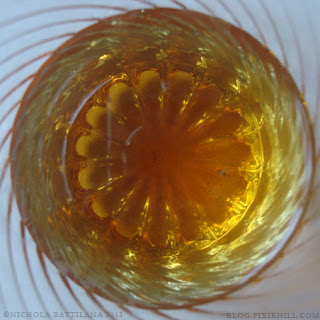 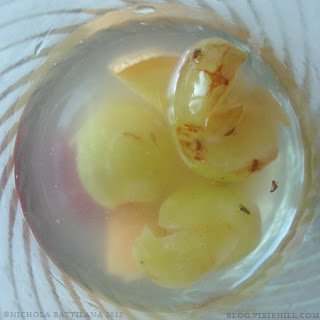 Each of these glasses had captured just a few fruit flies (between 3-7). One of the tricks I read said to add soap to the cider vinegar, that the bubbles would 'trap' the fruit flies so I tried that too. 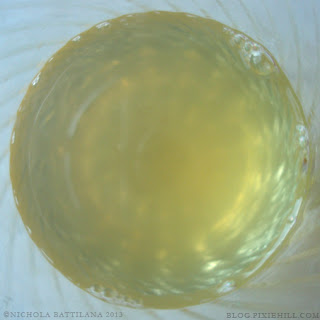 CIDER VINEGAR & SOAP
You really can't tell from the photo but there ARE several flies at the bottom of the glass.
Compared to the others it was a fair bit more successful and the flies did get trapped in the bubbles.

BUT WAIT... there's one last glass. 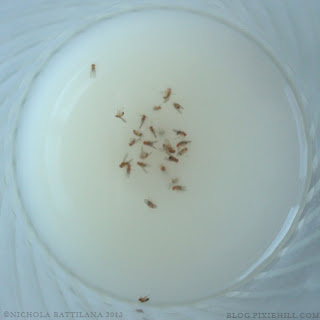 What's in there? YEAST!

When I was making pizza dough last weekend the fruit flies buzzing around like mad driving me bonkers. That's when I decided to see if I could use yeast to catch the buggy things. Sure enough they seem far more attracted to this than any of the other liquids. Some dried yeast, a pinch of sugar and warm water = fruit fly death trap!
Posted by Nichola