This is the second shrine I've been working on for my December show. Like the other one it measures 16" x 28". The base of the piece is actually a drawer from a dresser we found at the side of the road. Another man's treasure as they say... 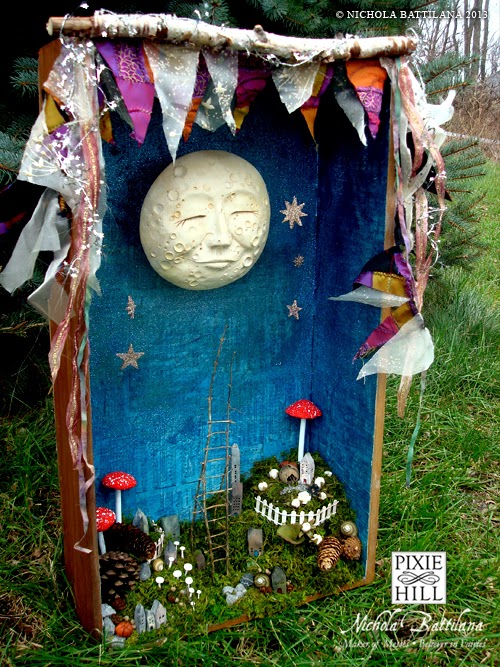 Originally I had made two moons from clay which I then pit fired but one broke (poo!) and the other was wayyyy too small. So I made this fellow from polymerclay. The houses and toadstools in this piece are fired clay which adds a bit of weight to the thing. 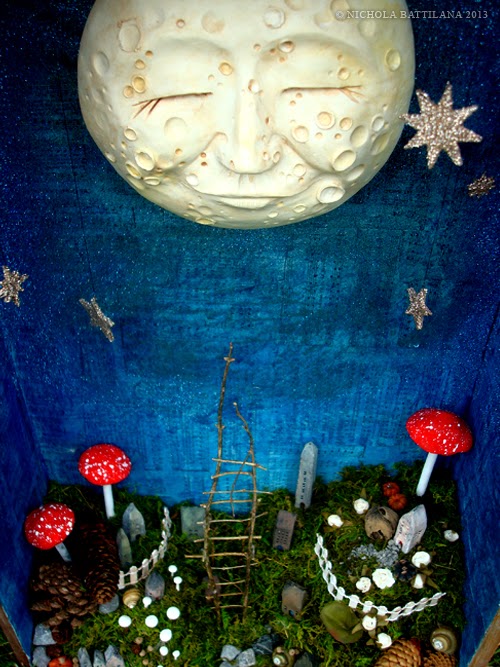 The glittery stars are suspended by thread 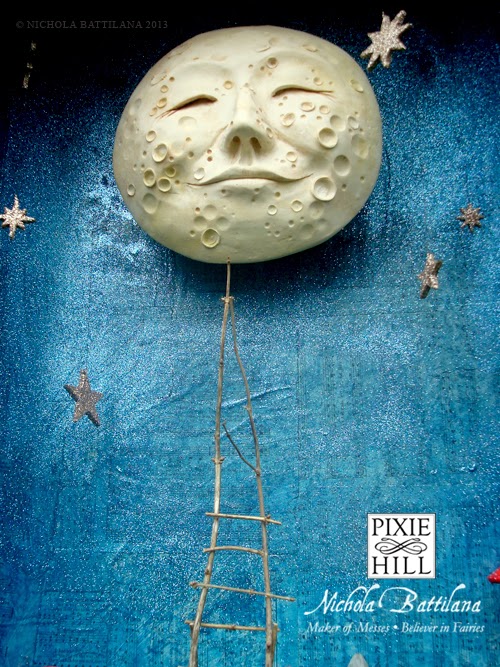 And there is a spindly ladder reaching up to that bright moon. Which may or may not have a faerie thing climbing up it one day :)

P.S. I think it's funny how the angle of the photos totally affects the moons expression! he is rather serene at eye level, practically pleased when viewed from below, and... at exactly the right angle... looks as though he's sucking on a piece of hard candy.
Posted by Nichola