A brief walk of appreciation

This morning I saw a weather warning for a giant storm. The blizzard won't even hit near home and yet I cringed.

Normally I am a huge fan of snow. The clean goodness of it. The fun to be had playing in it. I suppose I've been snow-blind the last little while because lately, when I've looked out my window, I've only longed for green.

This mornings dreadful sigh was the last straw. I decided to go outside and find beauty in that cold wet white. 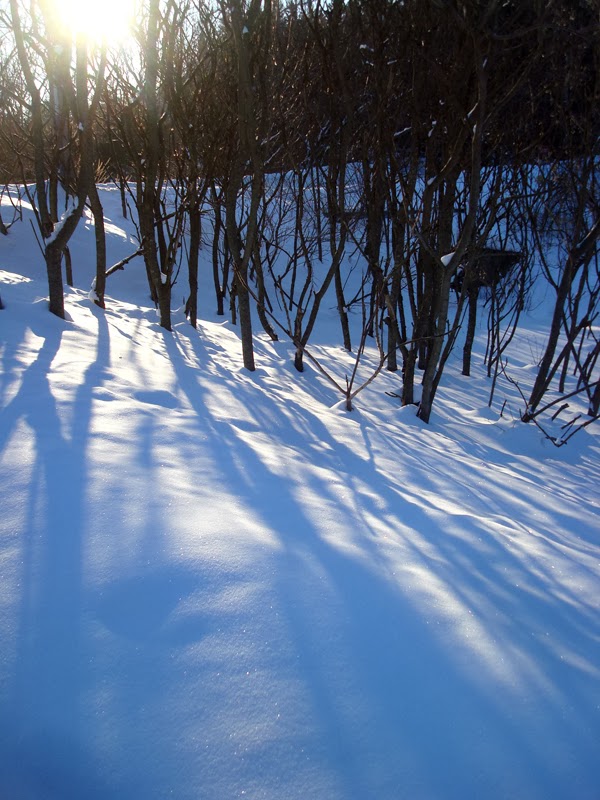 And it IS beautiful, in it's bluish morning hue. 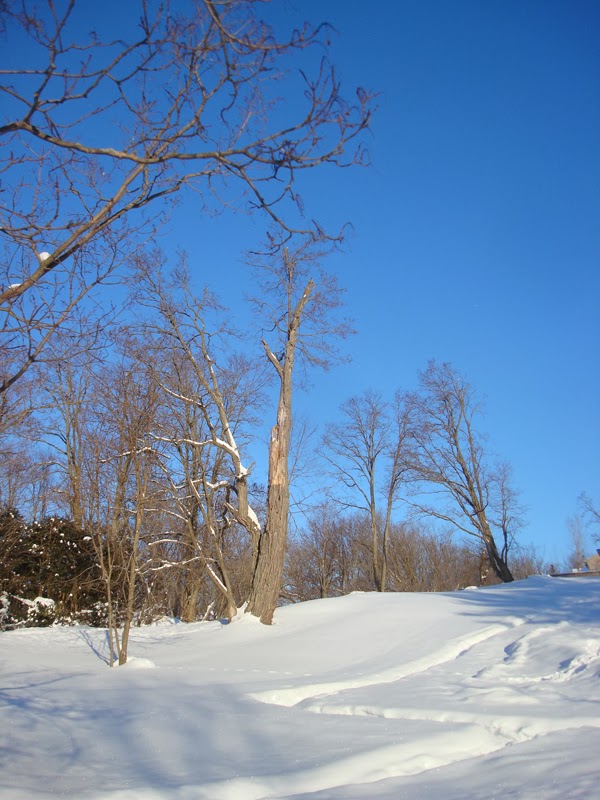 ... that is reflective of the grand sky above. 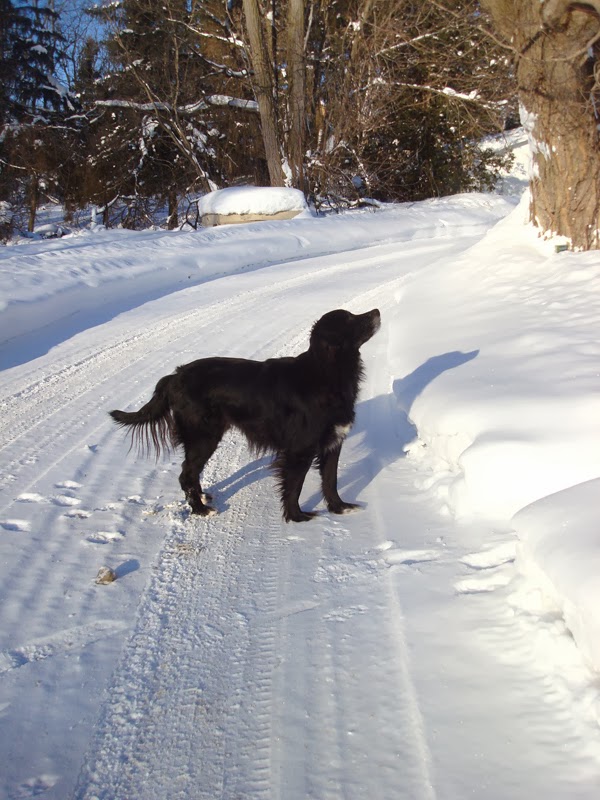 Even Padfoot took notice... and he never notices a thing! 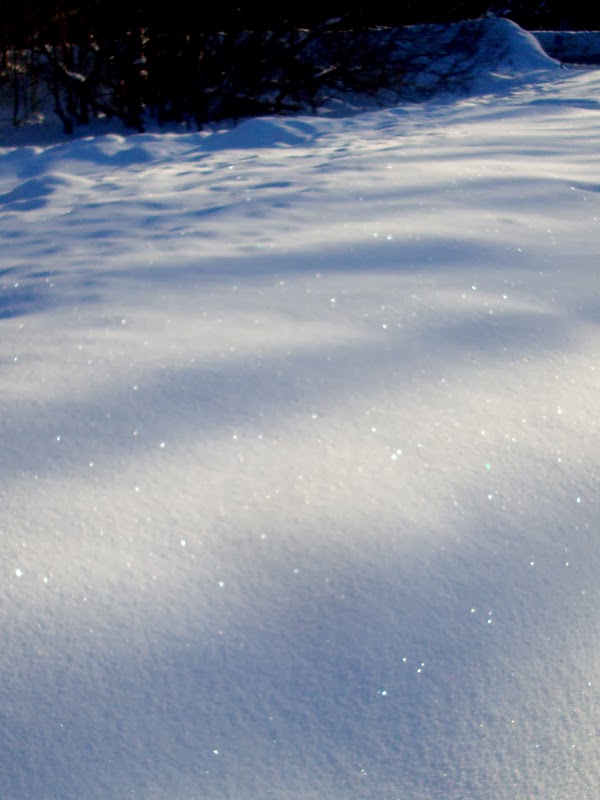 That white stuff that glitters in the light, and comes alive with sparkles as you walk through it. 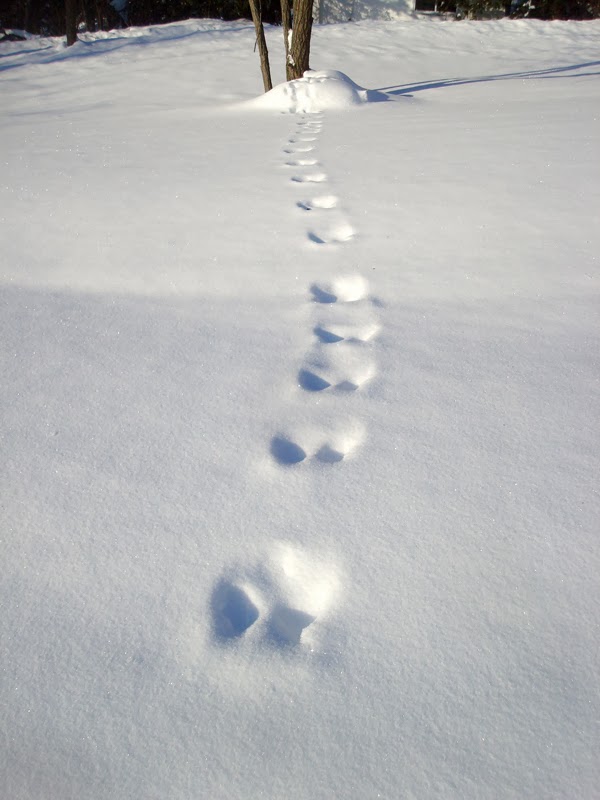 That expanse of snow where there's a thousand stories to be told in tracks that lead up to old trees... 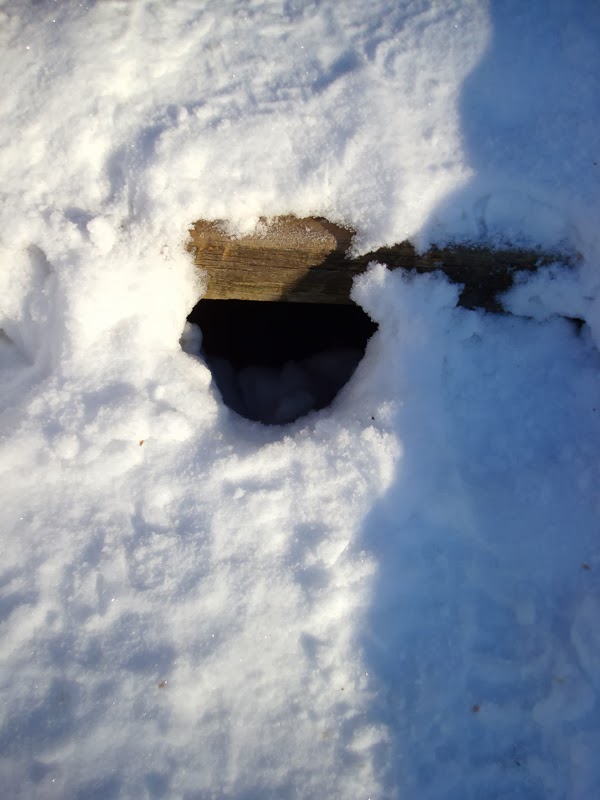 ... and holes burrowed beneath wooden stairs. 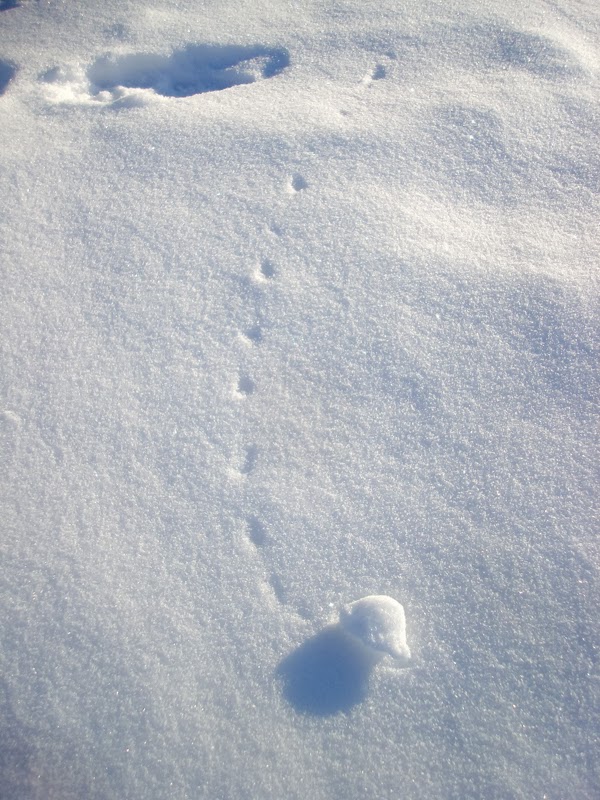 And if I hadn't taken that small walk of appreciation I would have missed entirely this tiny ball of snow, which I am sure was made by pixies trying to build a snowman before the sunrise.

Maybe I can endure the white stuff just a little longer.
Posted by Nichola