Another swap item I shouldn't be sharing... but I will... because I'm cheeky ;)

This time a representation of Castle Gormenghast from the Mervyn Peake series. 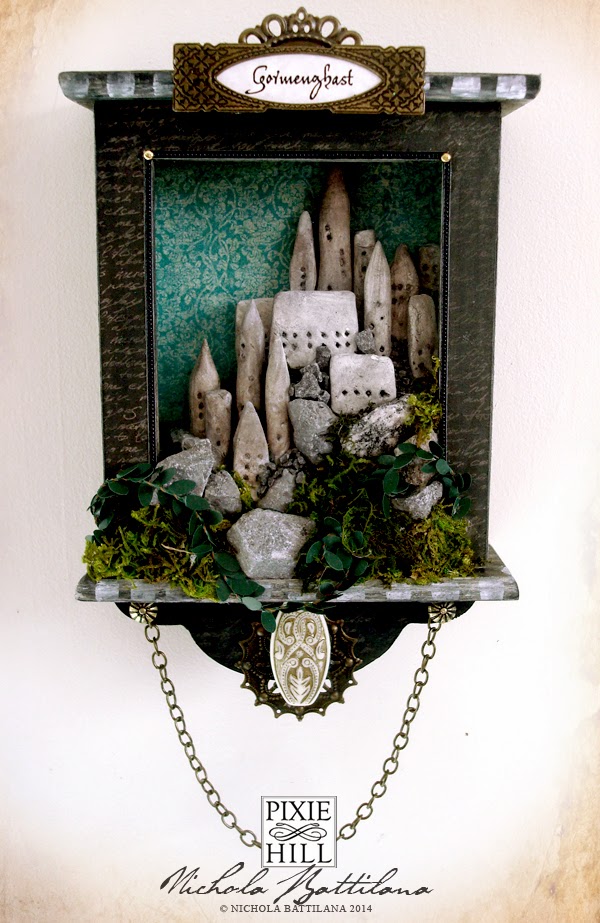 Here's his description of it:

"They sprawled over the sloping earth, each one half way over its neighbour until, held back by the castle ramparts, the innermost of these hovels laid hold on the great walls, clamping themselves thereto like limpets to a rock. These dwellings, by ancient law, were granted this chill intimacy with the stronghold that loomed above them. Over their irregular roofs would fall throughout the seasons, the shadows of time-eaten buttresses, of broken and lofty turrets, and, most enormous of all, the shadow of the Tower of Flints. This tower, patched unevenly with black ivy, arose like a mutilated finger from among the fists of knuckled masonry and pointed blasphemously at heaven." 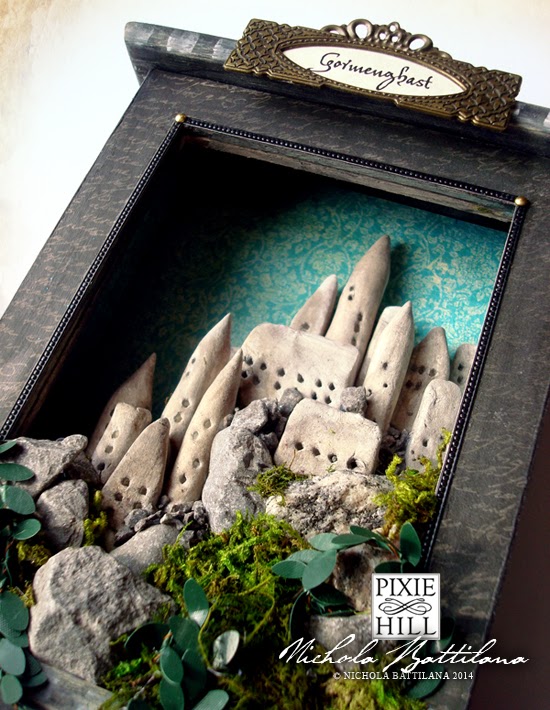 If you've never read the books they are beautifully written. Truly, astoundingly, pretty and witty but certainly not everyone's tastes. And that's ok... I can't even count the number of titles I've seen on 'Books to read before you die' lists and rolled my eyes. Life would be awfully boring if we all loved the same things :)