UPDATE: Living Art has updated her site and has 'removed' the gallery containing the images listed below. The images currently being used are usable under the creative commons... but they still aren't her work. It's been almost a week now. Just make some awesome stuff, take your own pictures. Geesh.

Warning: this is a long one.

I don't sell succulents, arrangements, terrariums, or even know anyone who does. I'm not a jealous overseas distributor. I'm not a jilted ex, a far-away psychopath, professional pain in the ass, or any other lie about to be fabricated about me used to explain this post.

A facebook page, Living Art (aka Living Art by Sarah / www.livingartbysarah.com) was attempting to sell these paper dreamcatchers for a 'friend' 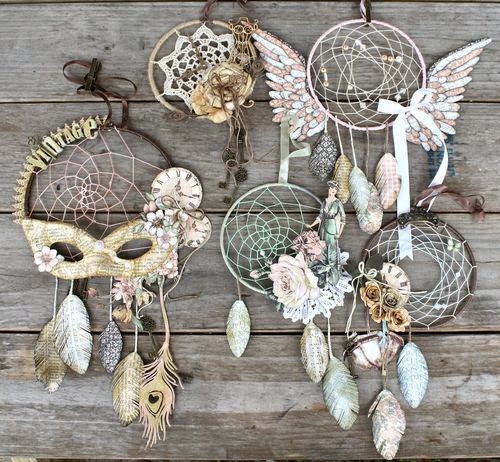 Beautiful, no? The problem is that these were made by Miranda Edney for Graphic 45 and Miranda is, in no way, shape, or form, her friend. When confronted, Living Art denied they belong to Miranda and stated that the maker was 'not a social media type'. Due to overwhelming pressure she removed the photo. It is worth noting that Living Art maintains these exist in her garage... Miranda still owns at least one of them.

A very quick search revealed that every image posted by Living Art prior to January 31st did not belong to her and were not representative of her work. Being the helpful sort, I posted the links to the original images on a handful of photos. The links were removed by Living Art.

Apparently, by this time, the original makers were requesting that she cease using their images. 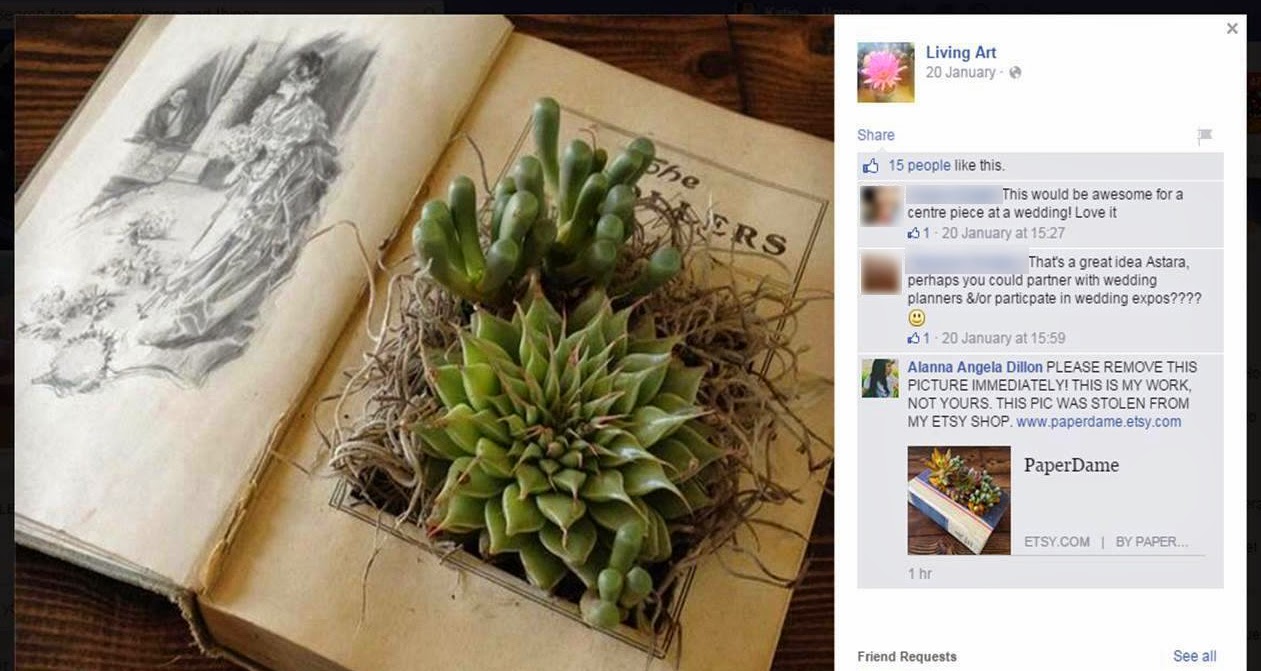 Again, she simply deleted the comment and continued to use the image to solicit sales. This item remains for sale on her website. The REAL creator of this piece is etsy seller PaperDame.

I then shared the images, directing people to the originating sources, which seemed to get her attention, and a messy exchange ensued. She called everyone 'idiots' and claimed the images were given to her by customers to recreate, that she never said they were hers. Funny, because she's still using every one on her website www.livingartbysarah.com, with prices, using them as a fraudulent means to solicit sales. (See end of this post for links)

She maintained that the dreamcatchers where made by her friend who had a shop being opened by Sir Richard Branson of Virgin! I'm not exactly sure how poor Sir Branson got dragged into this... but whatever. She said that she directed people to Miranda's site. Miranda confirmed this was not true and provided screen shots of Living Arts stating outright that they were not Miranda's work.

She said that she provided links to the original sources. She did not. She removed any links directing people to the origins of the photographs.

She said she knew her rights! I would be facing a hefty legal battle! I told her that a visit to a lawyer would be enlightening and still encourage her to do so that she might be made aware of copyright and intellectual property laws.

Somewhere in this mess two points of note happened. This article was circulated. It appears that this person has a history of serious fraudulent online activity. She also began post that she had/has brain cancer. Gods forbid she does have cancer, it's no excuse for fraud and in extremely bad taste to play on peoples sympathy for sales. If she doesn't... well I think it's a clear illustration of her character.

Living Art is now using her own photographs on her facebook page, but still distributing others work as her own via private message and her web page. When questioned about the missing photographs she said that they were removed "after constant heckling by other terrarium companies".

If I have nothing to gain from this, and wasn't personally slighted, what's the deal?

As an artist this ticks me off. It's not a good idea to copy other peoples work. It is NEVER ok to use someone else's images to sell those copies. Any artist with integrity will not copy the work of another. They might offer an inspired alternative, but they definitely won't post the inspiration image as their own.

This person has made sales from these photographs. Those sales should have gone to the rightful designers and growers. She has had ample time to remove the images but has chosen not to.

She is being promoted by other businesses who are very likely unaware that this is NOT her work. It is possible that this wedding planner is unknowingly setting a bride up for disappointment. 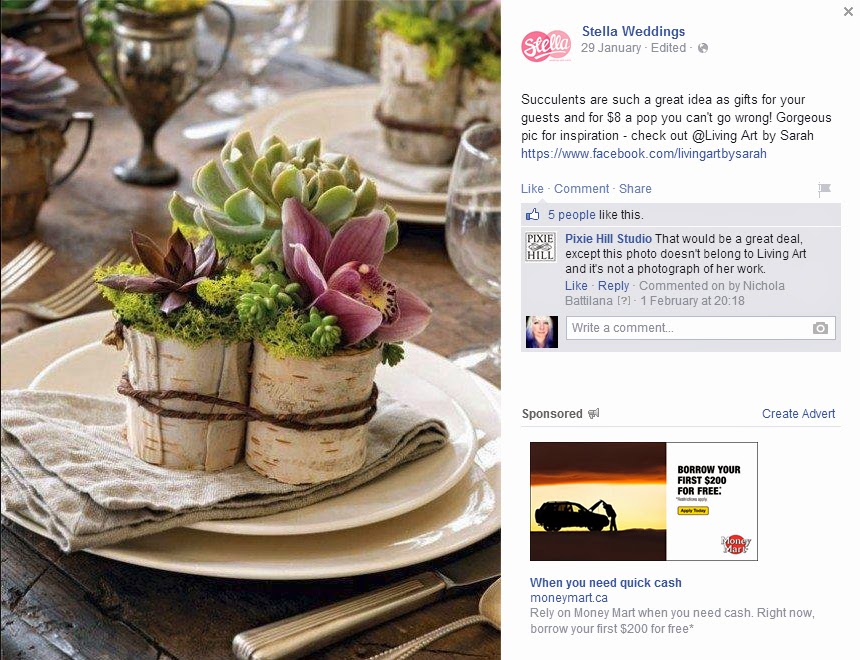 I made it clear that if the photographs were removed, if she just stopped, no one would care about the issue anymore. She continues to unabashedly lie and is unrepentant. That's too bad. She is the coordinator of her own undoing.

If you're still on the fence about this, find the gall a little unbelievable? here's a list of the original sources for every one of the gallery images on her website.

P.S. Pinterest is not an image free for all. Copyright and intellectual property laws still apply! I like pinterest and don't mind that my images are distributed when it's used properly. "Properly" means that the originating link and credit remains intact. That's kind of the point of pinterest, to be an easy way for people to find the original source of awesome stuff. Many artists and makers want their art shared... please give them their due credit.