We used to have a troll who lived beneath our hanging tree. He was a lovely, quiet fellow, who enjoyed a good cup of tea and collecting odd socks. Last summer his hole was overrun by a bully snake who chased him off. We were so saddened by his departure that we vowed we would not maintain the troll hole beneath the hanging tree. 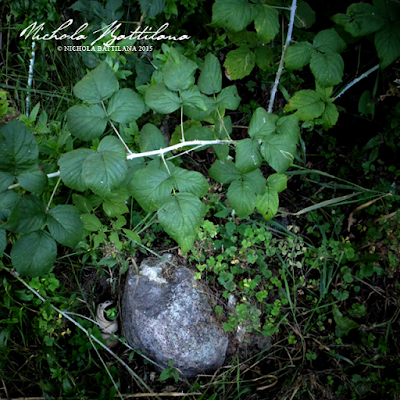 Summer has very nearly come to its end, it's time to start cleaning the remains of the garden. Mr. Pixie decided it was time to clean up the weeds in the overgrown spot that once belonged to the dear old Troll. He soon shouted over to me, and I ran to see what the hullabaloo was all about. "Just look at that thing!" he exclaimed, pointing to a spot on the ground near a largish rock. 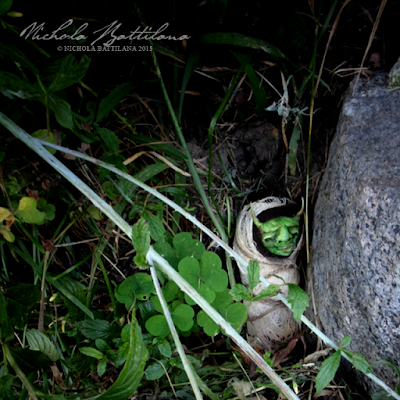 There, nestled in the ground and bundled in rags, was a very ugly little 'thing'. From the slight snorting noises and bubbling drool running down it's chin we surmise that it is sleeping. From the stink and green of his skin we suspect it is a goblin pod. 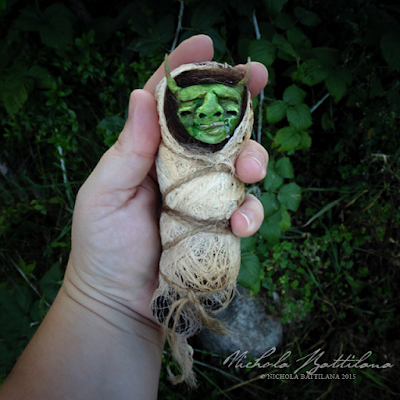 We have goblins a-plently living near our stream and are offering this pod to anyone who might be in short supply of the smelly things. The listing for this foul fellow is HERE. 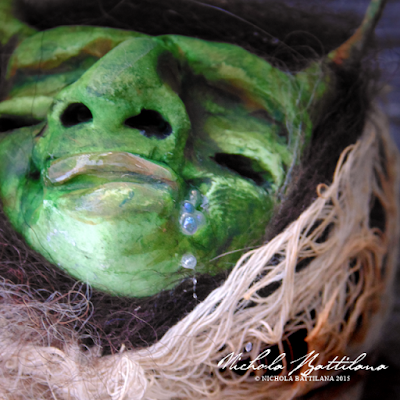 We trust that the purchaser is educated on the care and maintenance of garden goblins. 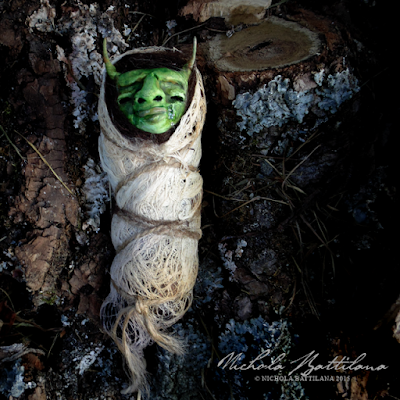 We cannot be held responsible for the inevitable shenanigans and mischief caused by the creature.
Posted by Nichola