Time for a TARDIS

I've mentioned before that I'm not a huge Doctor Who fan. I'm more of an acquaintance of the Doctor than a fan-girl of his holy Time Lordness. When I saw the House Oddities Box in the Alpha Stamps Odd Houses Add-On Kit however, the very first thing that popped into my head was "This is a TARDIS".

And although I've been swamped (I pinky swear I'll be back on track soon), and sick, and generally pulled three different ways to Sunday... I pushed obligations aside for a short while to make a little blue time machine. 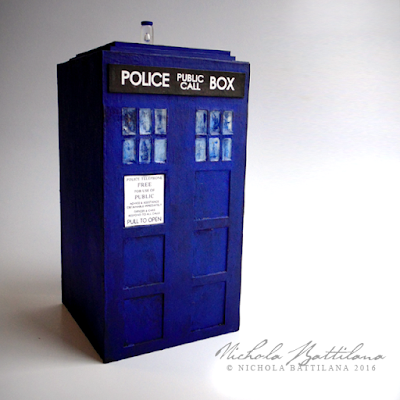 Is it an exact replica? Nope, but that's ok! It was a fast and painless project and I'm sure that it would make a nifty gift box for a Whovian you love. 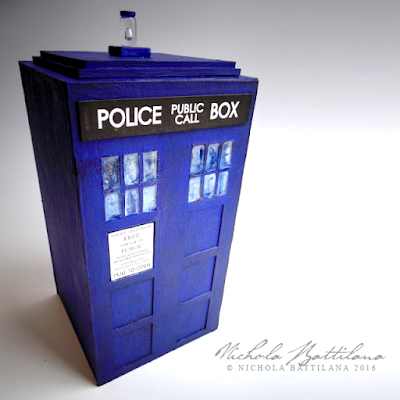 You have someone in mind? Excellent! Here's what I did:

1. Assemble the House Oddities Box. The box comes with a door facade. I did add it, but then turned the thing around so that the front became the back of the box. (Basically our version has a back door.)

2. I created a new template. Glued it to some thick card, cut it out and affixed it to the 'new' front of the box. Hint: Leave some extra space around the outside of the template and trim to size after it is glued into place on the front of the box for a perfect fit. 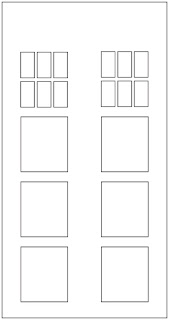 3. Cut a couple of squares of extra thick card/paper board and glue on the top of the box. Add a small square in the centre.

4. Paint the whole thing a lovely shade of TARDIS blue.

5. Apply a wash of white paint in the top 6 paned windows. Once dry, a layer of Diamond Glaze will give a glass effect.

6. For the little light atop our time machine I've used a jar from this Set of Unlabelled Jars, Bottles & Tins and painted the top the same blue as the body.

7. Add a little Police Box and Public Telephone sign as a finishing touch. 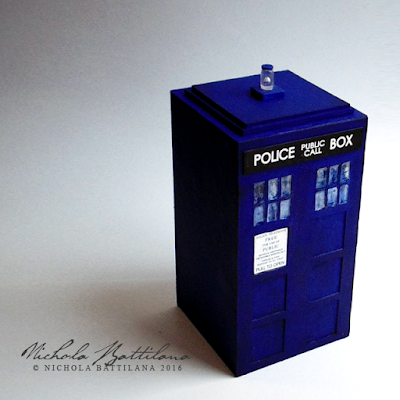 Like I said, it's not perfectly accurate... but it was a fun quick make and I don't think any fan of the good Doctor would complain about being gifted one of these blue Time And Relative Dimension In Space.