Ok, it's not really a Kate Bush/Radiohead smackdown because they are both lovely and I'm sure they wouldn't bodyslam one another, but I digress...

I watched the new "Suspiria" movie the other day. It's a remake, or rather a re-imagined version, of a 1970's Italian film of the same name. Its a horror/thriller with quite a bit of gore so it won't be everyones cup of tea. The thing is, it stuck with me for days... the visuals, the music the themes... they're all knocking about in my head. 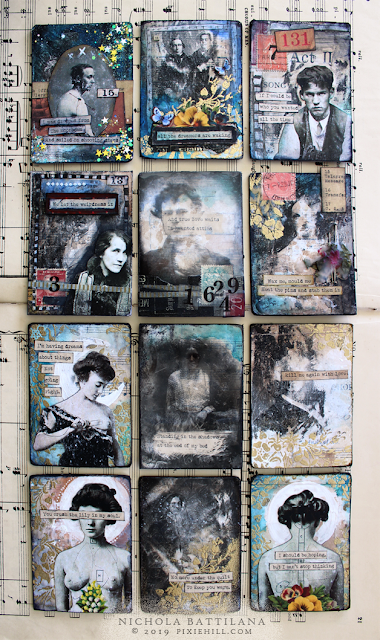 The soundtrack was stuck in my head, and I saw that it was done by Thom Yorke, songwriter/lead singer for Radiohead. A magic sort of music combined with all that dancing and I immediately thought of  Kate Bush. All that to explain why Radiohead and Kate Bush lyrics are all over this new set of ATC's. So, do you know your Yorke from your Bush? I'll post the answers at the end of this post. If you'd like to own one of these, pop over to my etsy shop, all my cards are listed HERE. 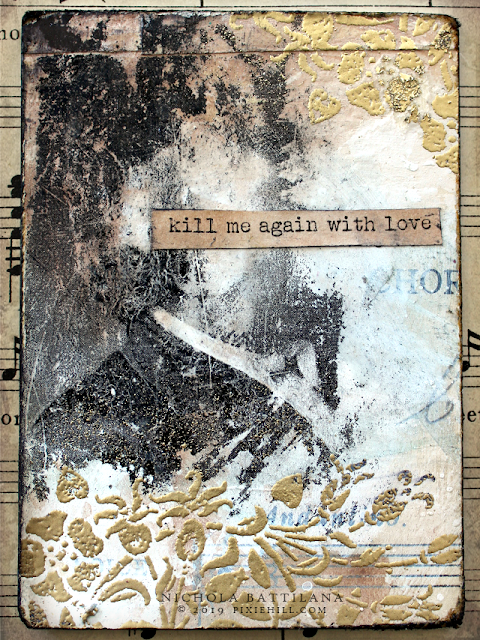 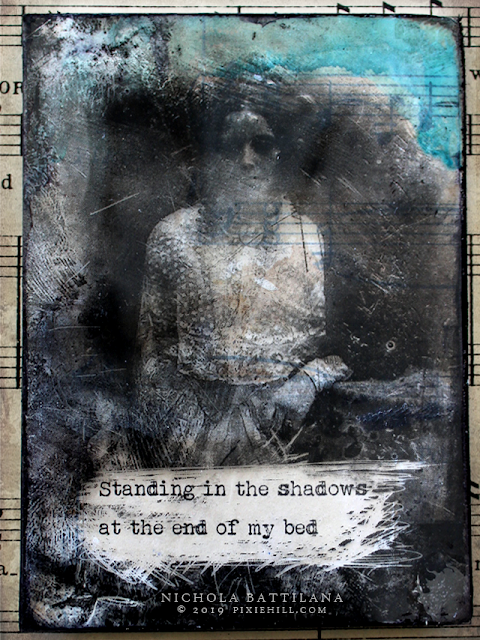 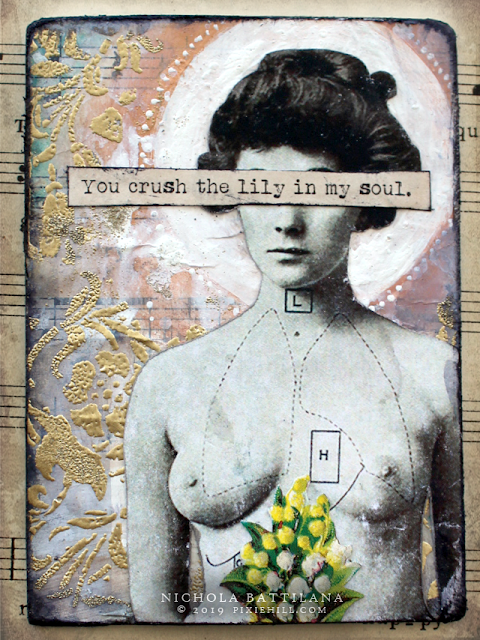 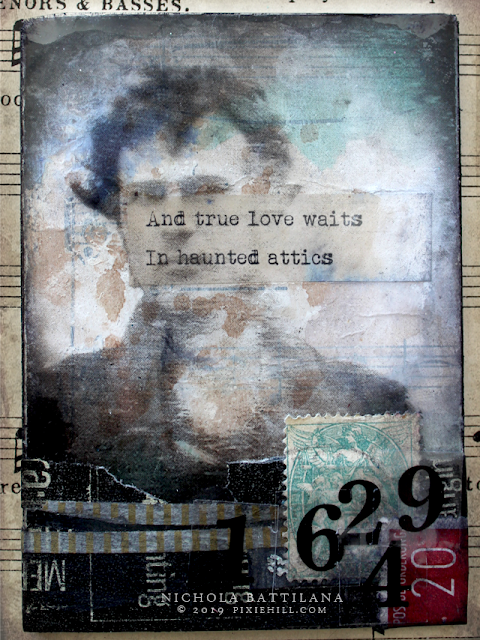 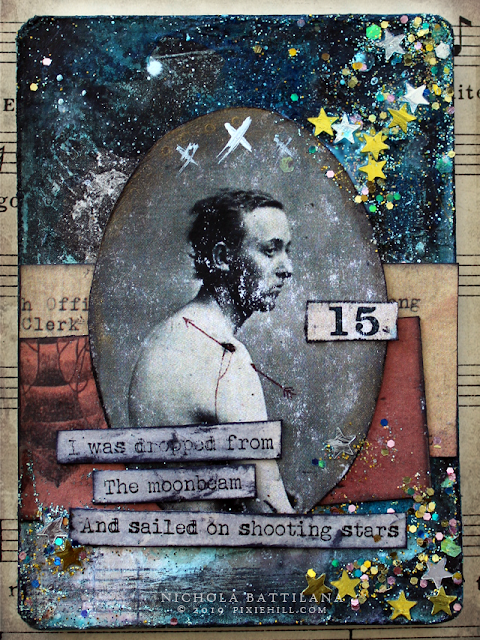 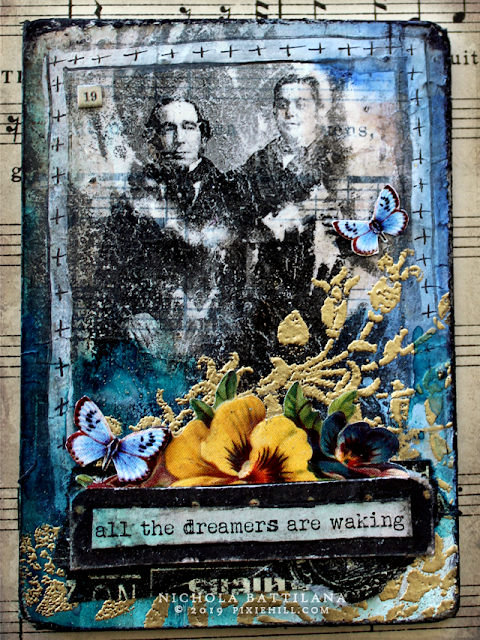 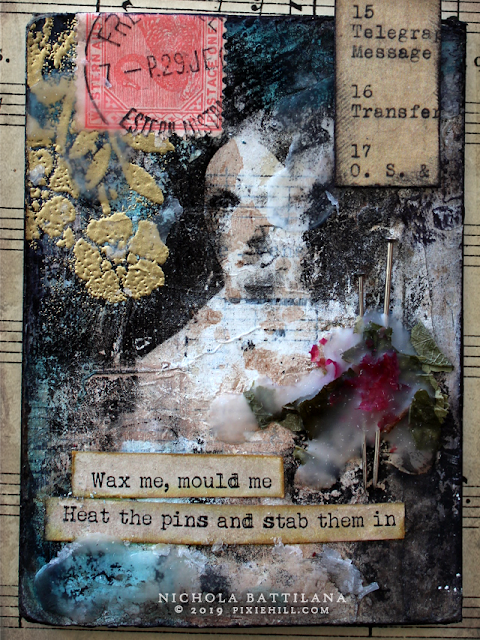 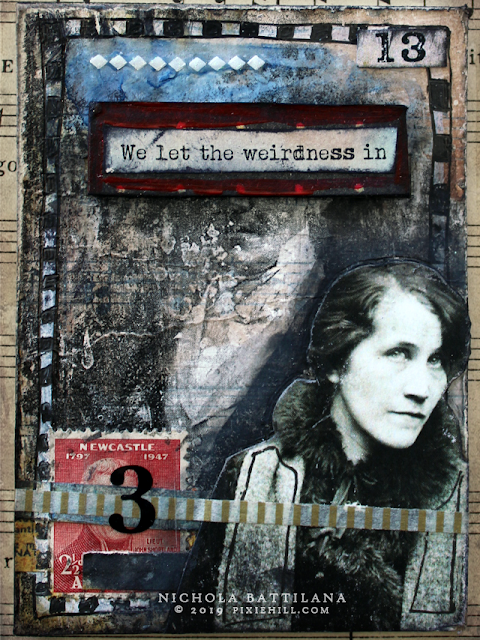 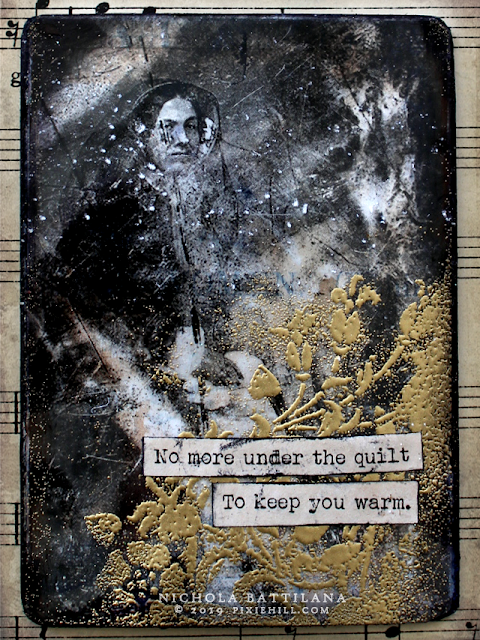 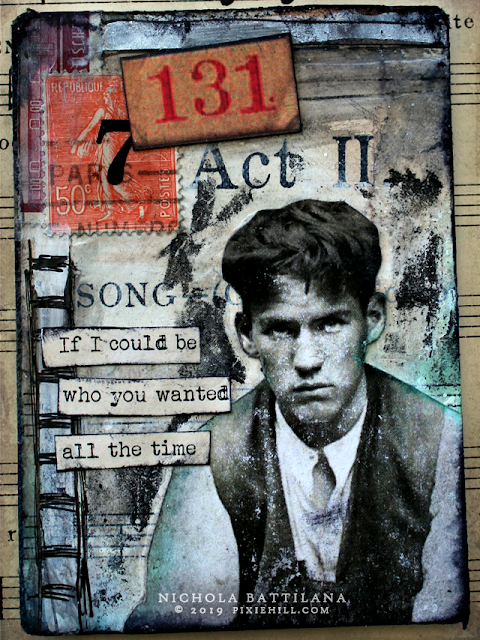 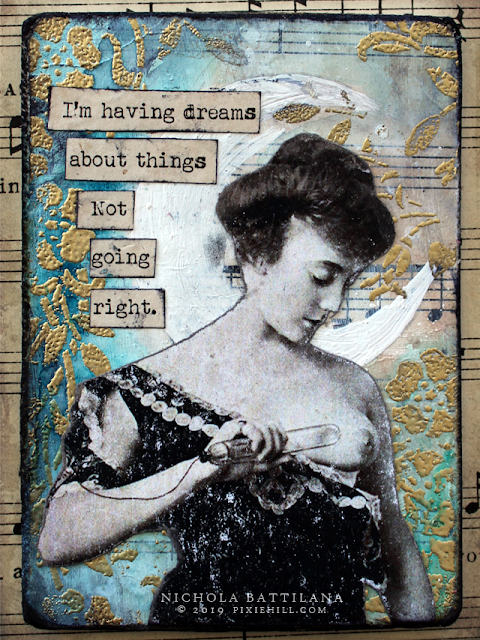 How do you think you did? Here's the answers:

"You crush the lily in my soul"
Moving - Kate Bush

"All the dreamers are waking"
Nocturn - Kate Bush

"Wax me, mould me, heat the pins and stab them in"
Bulletproof... I Wish I Was - Radiohead

"We let the weirdness in"
Leave it Open - Kate Bush

And here is the gorgeous song "Suspirium" that has been in my head for days and started all this smackdown business.
Posted by Nichola