I bought this pair of old albums at a thrift shop this weekend. I hoed and hummed about buying them because they were more than what I would usually spend. But, one of them was filled with dozens of old snaps from England so splurged. 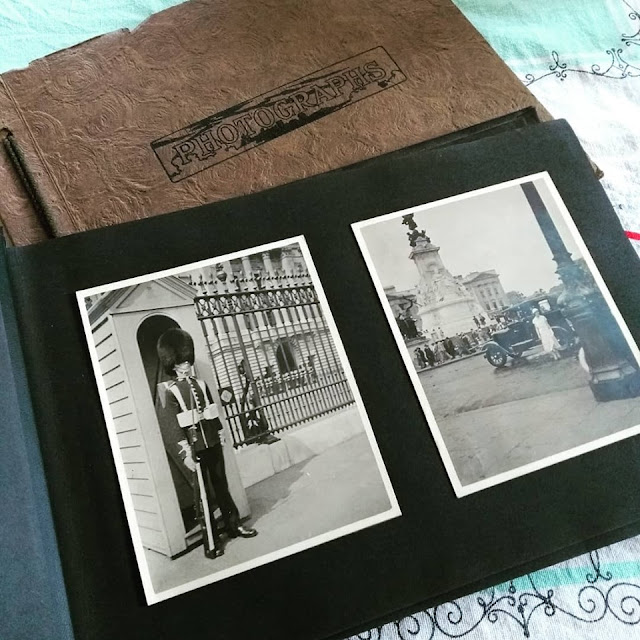 I had thought that most of the pics were from London. There's a pic of the Queen's Guard, double decker buses, the tower bridge and Queen Victoria memorial in front of Buckingham Palace. 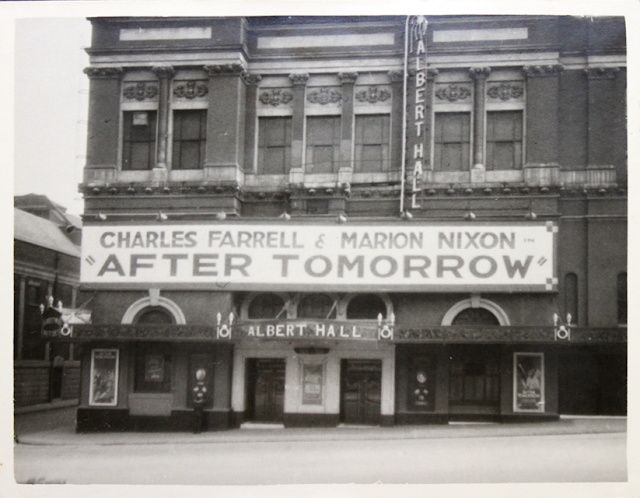 But this pic of Albert Hall totally threw me for a loop. Looks nothing like the place! That particular Albert Hall isn't the 'Royal' variety and was located in Sheffield. 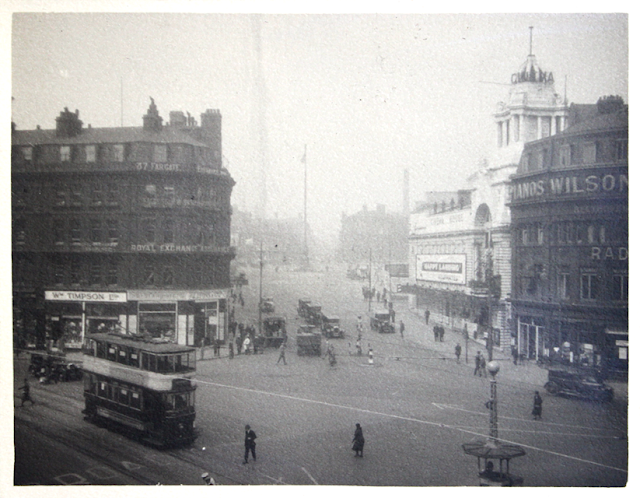 In fact, a good portion of the photos are actually of Sheffield. 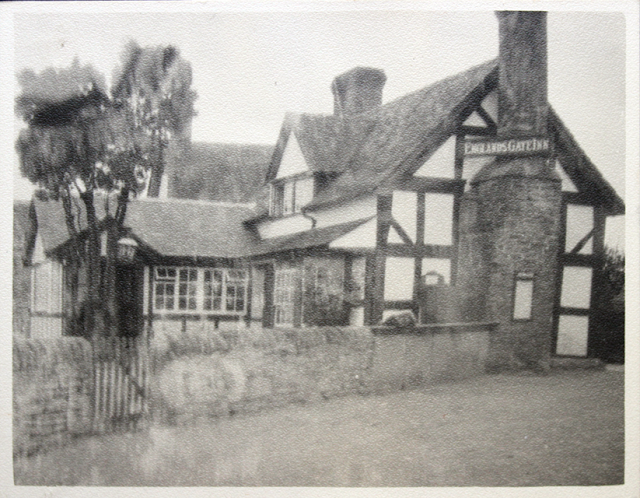 There are other places too! I love the album even more for documenting a whole journey. It's fascinating to look up the places in the photos to see that many of them still exist, like England's Gate Inn in Bodenham Herefordshire. 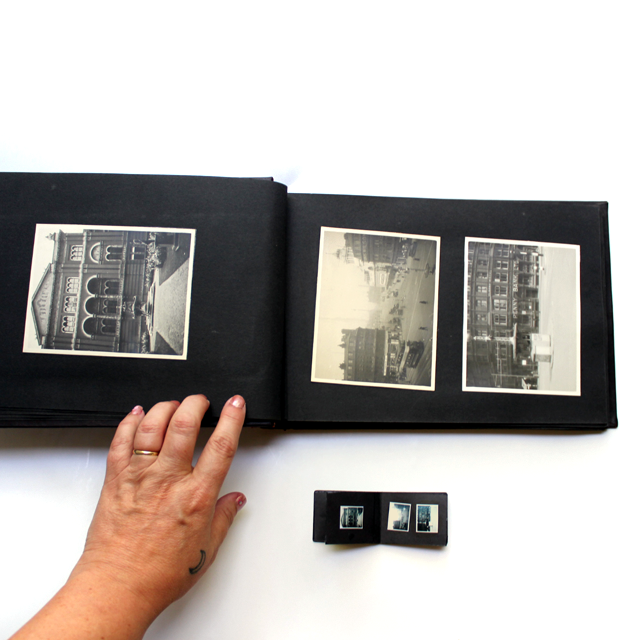 I've had a couple of requests for blank albums and seemed like the perfect prodding from the universe to get my butt in gear. So, I made myself a miniature version of my treasure. 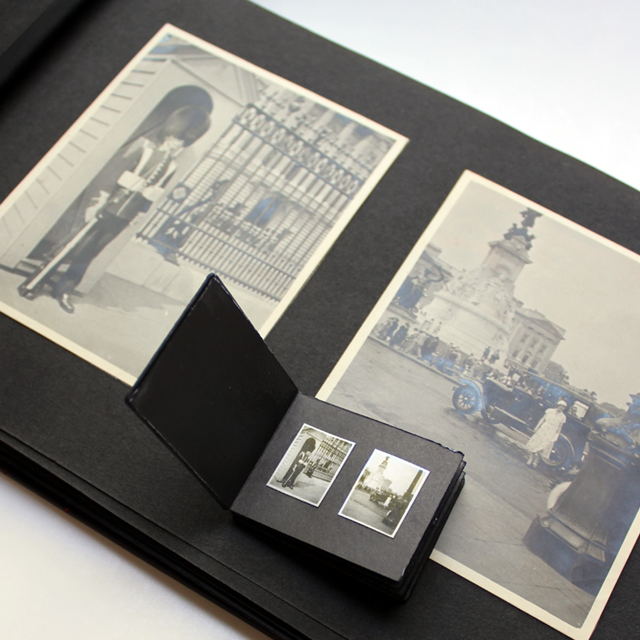 There are a handful of blank black albums listed in the etsy shop. I'll be adding some variations over the next week  or so (style, size, and binding type) but I was too excited to share my treasure to keep my mouth shut. 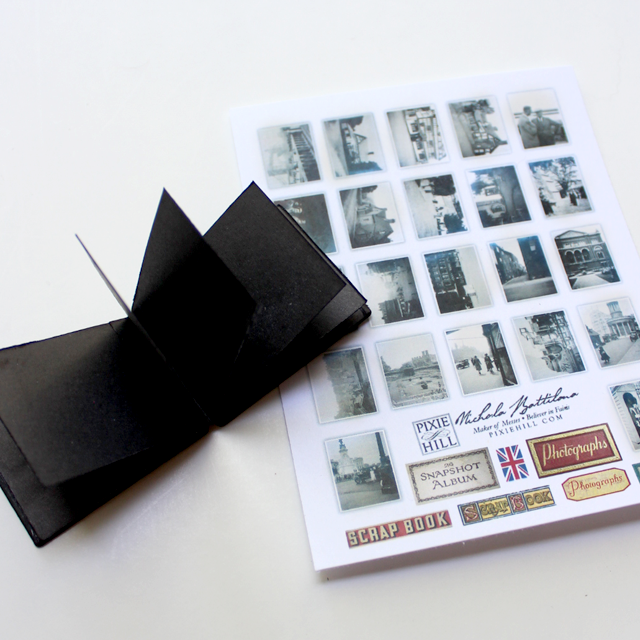 I've even got a tiny collage sheet with copies of some of the photos from my fabulous vintage album to send as a little bonus. 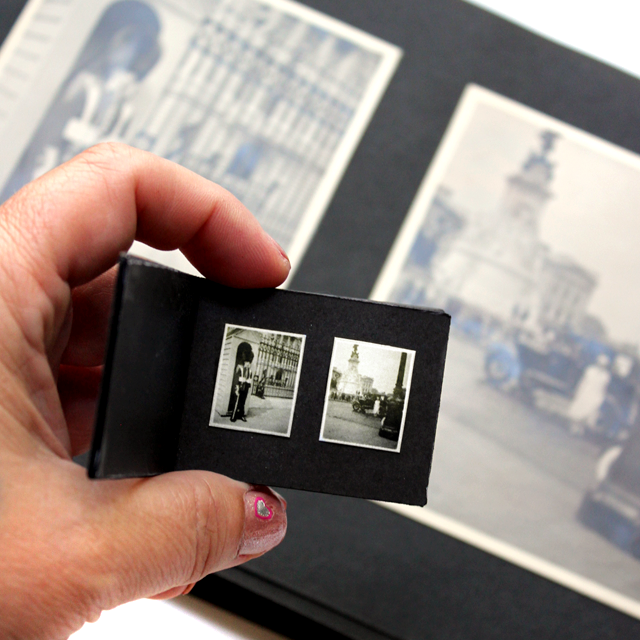 I mean, who doesn't need a tiny photo of a Queen's Guard in one of those crazy bear skin hats?! 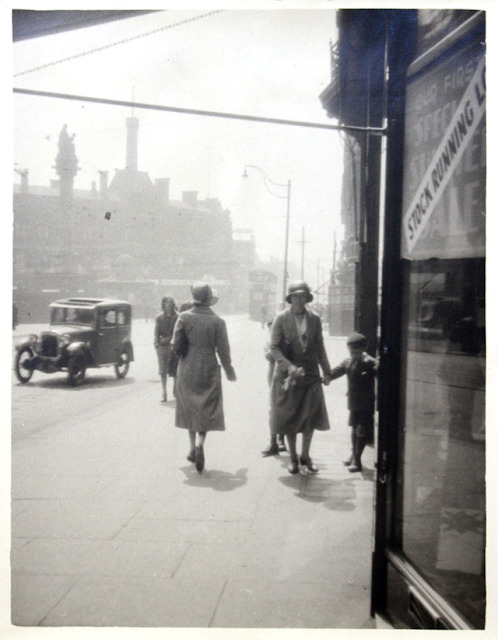