I've been working on those fuzzy bumbles, channeling my inner Goldilocks (or is it three bears?) and made three different sizes. 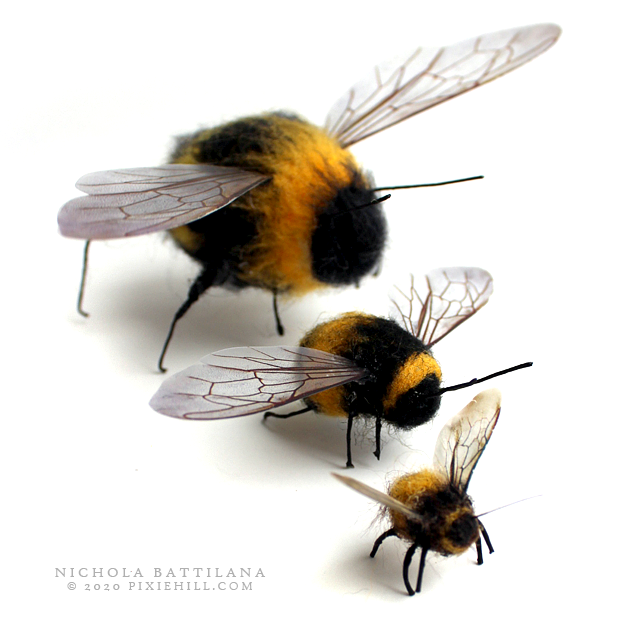 I've been working out the kinks, using different techniques, so that I can do a good and proper tutorial which will be on the way, hopefully by the end of the week. 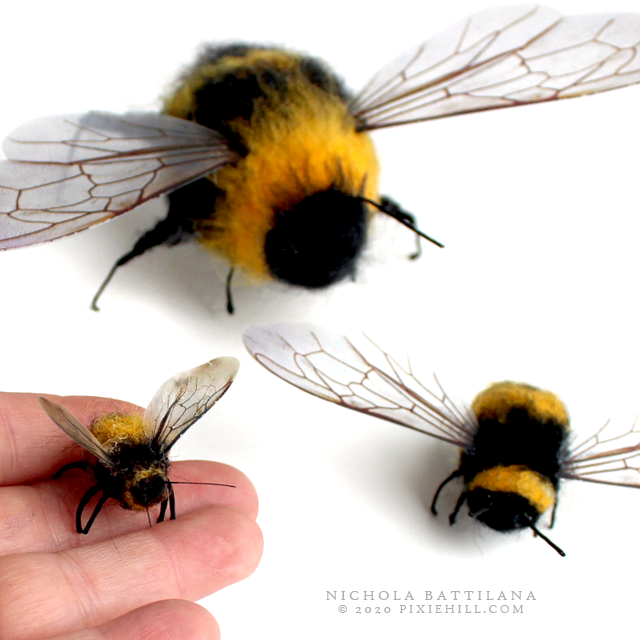 Too small and things get fumbly and difficult to work with. Too big and the stability of the wings becomes an issue. So I'll be showing how to create the medium sized bee later this week. 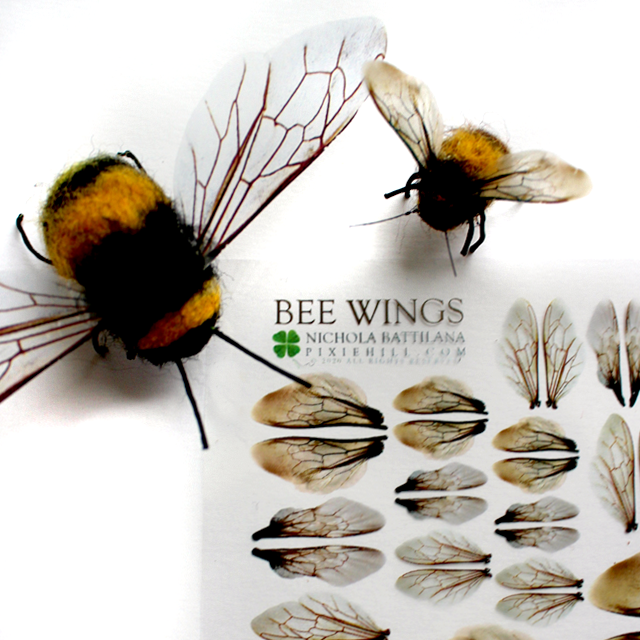 I've had a load of questions about those wings. They're bee wings printed on transparency paper. I have a new half sheet with a load of various sized bee wings available from my etsy shop. 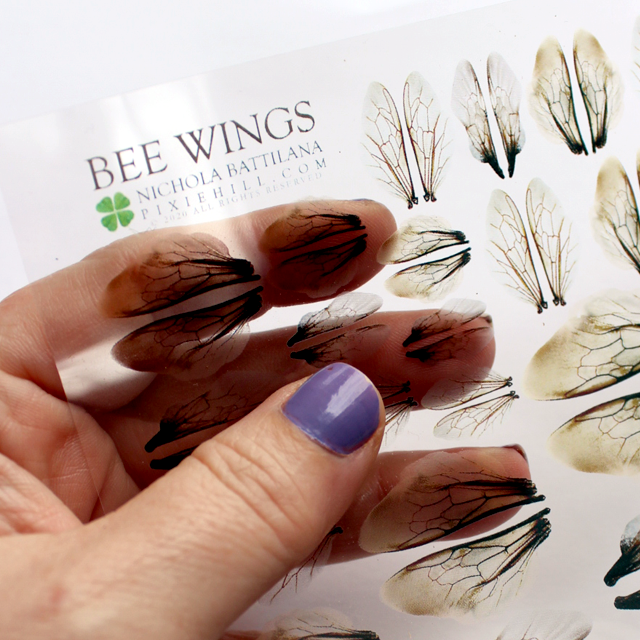 I also have a full sheet of Bee Wings Download available if you want to print your own. 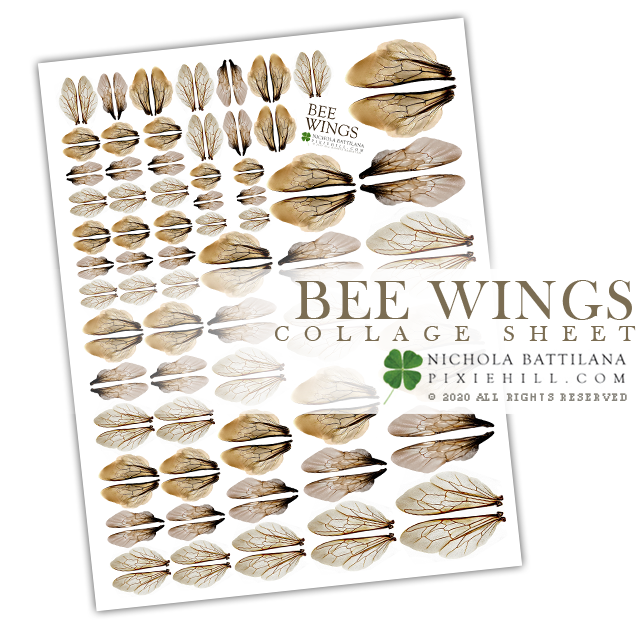 Be aware that neither of these contain the extra large wings. To be honest, working on that scale the wings get a bit floppy and I figured that offering more medium and small wings would be more useful to most people.

If you'd like to gather supplies to be a total keener and pre-prepared for the tute, here are all the things you'll need to gather:

Note: I already had some supplies on hand but bought THIS needlefelting kit because I needed some yellow wool (also, it was on sale). The wool packets are tiny, but if you're working on a small scale it may work for you. The leather finger protectors are a nice addition. The needles aren't great, but if you want to get started quickly and don't want a huge investment, this might be something you'd be interested in. Not affiliated or anything, just thought it may be useful.