First and foremost HAPPY FLIPPING NEW YEAR! I've been totally slacking in my blogging and making but I have a good excuse... I haven't felt like it. I'm a stinker. What can I say.
Happily, something has kicked me in the pants and I've been back at it.
For a long while now I've been trying to make great mini vinyl LPs. I didn't want a paper copy printout of an LP, I wanted a cool little actual record looking thing. Finally, after a gazillion attempts (not even exaggerating) I think I've cracked it. Just look at these gorgeous little things! 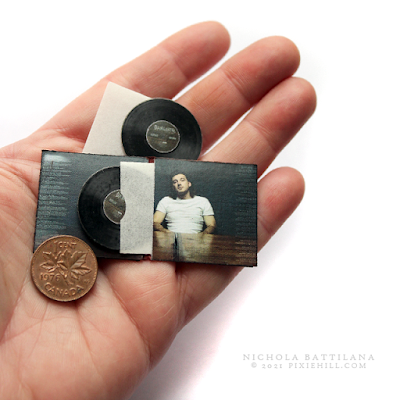 I won't share my process just yet. It's taken me a good long while to figure this out for myself. I'll just sit on it for a bit and savour the craftgasm of my victory. 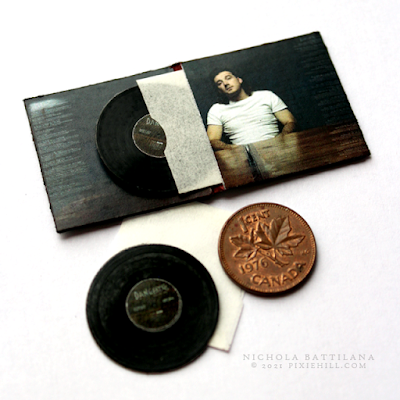 Super pleased with the LPs, really happy with the record sleeves, and the covers too. I'm just sickeningly pleased with myself to be honest. 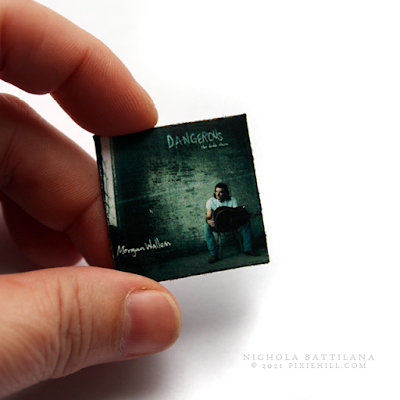 The fact that the first wee albums I've created are double LPs is kinda a weird coincidence. I was psyched about it first because I thought "Great! I've got the template set up. It'll be a breeze!" Alas, when looking at the original big people versions the records slip inside in different ways. This one, Morgan Wallen "Dangerous", opens and the albums slip in beside the center fold. 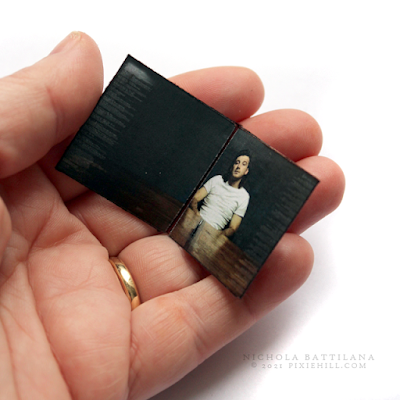 The second wee album I made, Frank Ocean's "Blonde", the LPs slip in the ends of the cover. 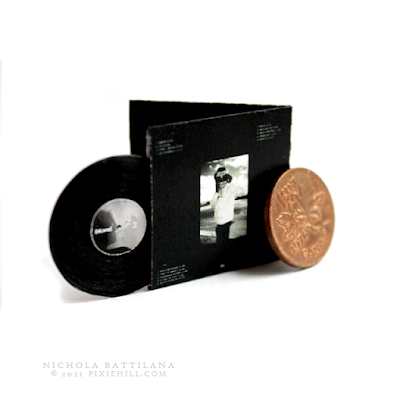 I know. Who cares?! What difference does it make? 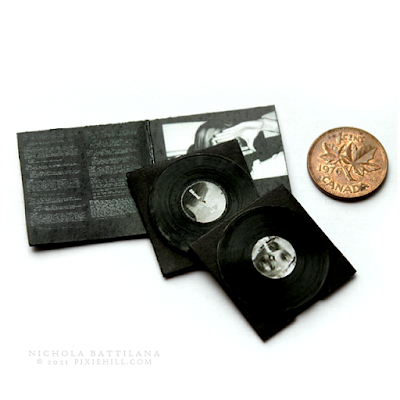 There are times when "it'll do" is enough. Other times paying keen attention to detail, putting in extra effort is part of the fun and gives an extra sense of satisfaction. 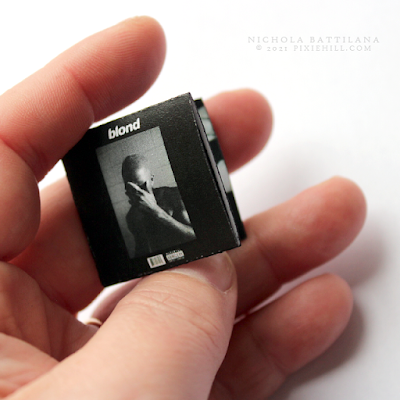 This flipping album drove me nuts. It was a rabbit hole I was not prepared for. There are like a million different versions of this thing! Coloured vinyl. White cover. This. That. The other. Why does this thing cost $2000!?! What do you mean it was only available for sale for 24 hours? Why the hell are bootleg copies $300+? 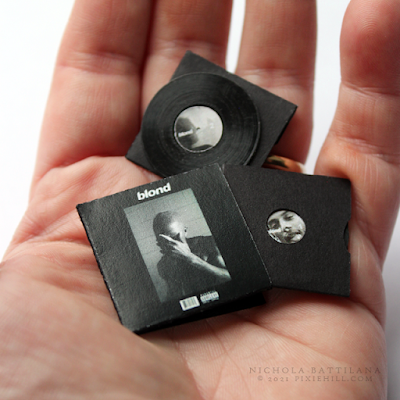 If you ask me the process, the learning, the effort, all that stuff makes for a successful project even more than the actual result at times. But the best is when all those things mesh perfectly to enhance the result. 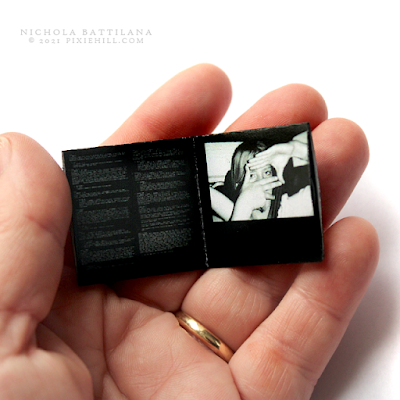 Sure, most people wouldn't give a hoot about which way an LP slid into it's cover. BUT the people who love those albums would know. It's those details that tug at memories and heartstrings.
The image below shows the marketing pic for the original album on top, and my 1:12 scale reproduction below. Yes the toning is a little bit off but I'm so fucking pleased with myself. I AM GLOATING!!!!! 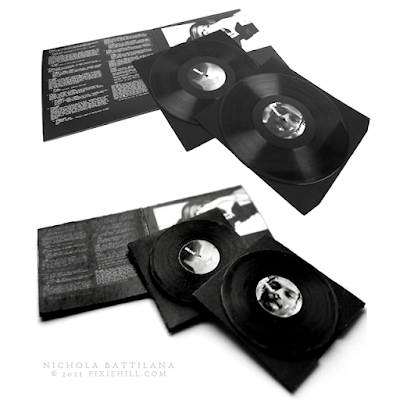 But what now? I've prepped about 100 little LPs for something.
I like the idea of creating a top 100 albums list in miniature. I got a look when I mentioned it, but I think it would be a fun challenge.
I also like the idea of creating small collections. Offering sets of three super cool albums in all sorts of categories: old country, ska, punk, new romantics, grunge, blues, blue grass, jazz.
Then I thought that maybe I'd create them as people made requests.
I'm not sure. What do you think? Would you make a whole record shop? Or just a few mini-albums to carry with you always? 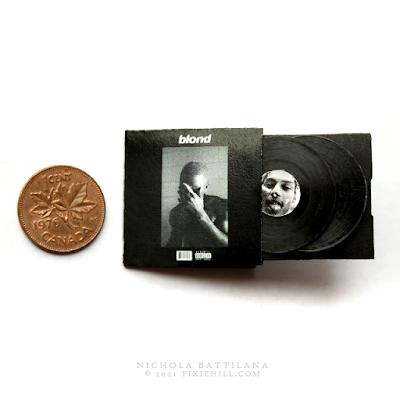 I hope you've been well, lovelies. I have missed you. I've missed making.
Posted by Nichola