When AlphaStamps asked me if I'd like to play with some starry goods I immediately said "Yep!" I wanted to make something magic and mystical and toyed with a few ideas but nothing was gelling. Then I thought why just make one thing when I can create an entire package of items! And once I was done it felt like I'd been gifted magical care package directly from the stars. 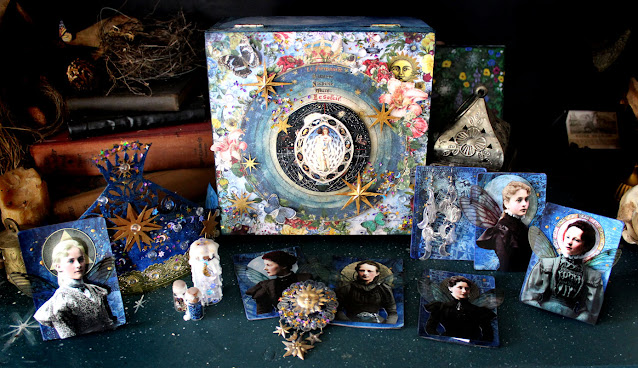 I started with an inexpensive wooden box and covered it with Lucky Star Scrapbook Papers. The lid has layers of snips from those papers as well as clips from the Mini Alchemy Half Sheet and The Celestial Spheres Collage Sheet. Wonky Stars have been painted gold and copper and layered with brass star charms. 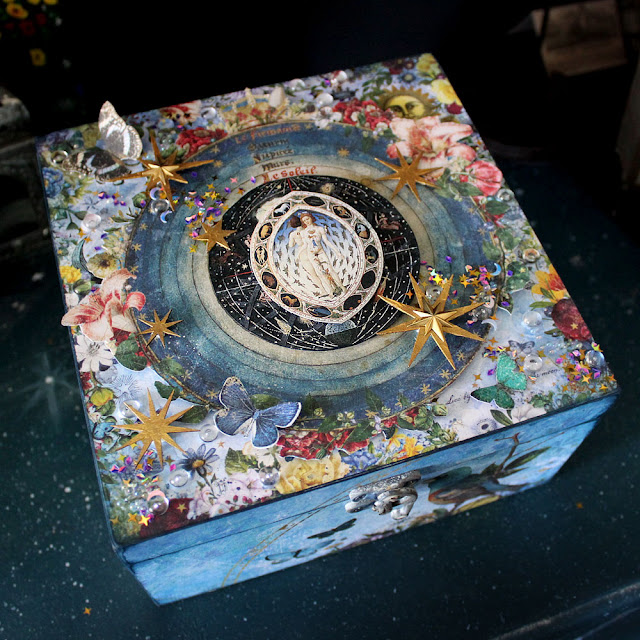 A few fussy cut butterflies and a smattering of Celestial Sequin Mix and Stardust Iridescent Gold & Purple Sequin Mix (both of which are swoon worthy!). 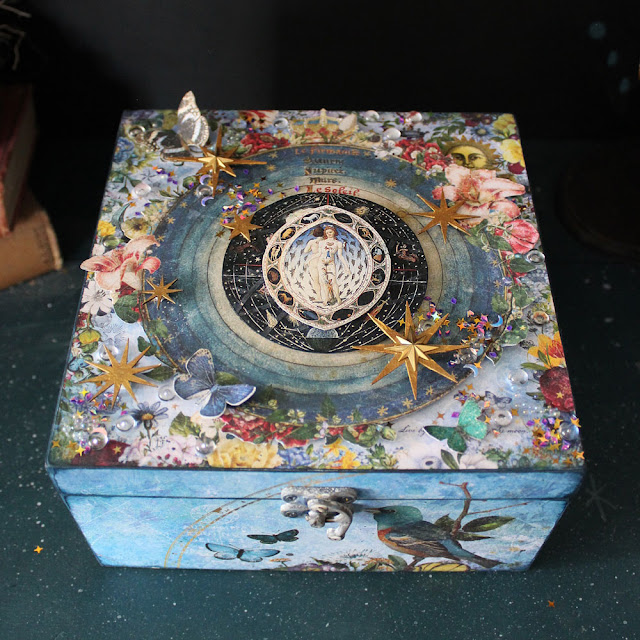 I played with papers and chipboard and sequins and charms until I had unexpectedly created a box full of celestial gifts! 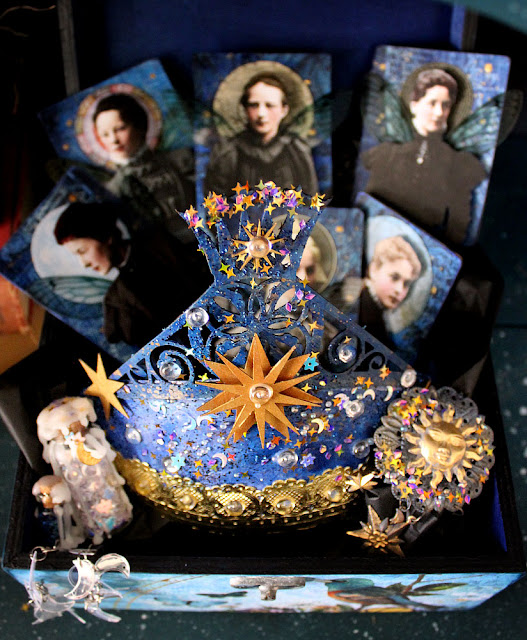 A dreamy diadem, a crown made of paper and chipboard trimmed with Wide Scalloped Dresden Border and dotted with Celestial and Stardust Iridescent Gold & Purple Sequins. 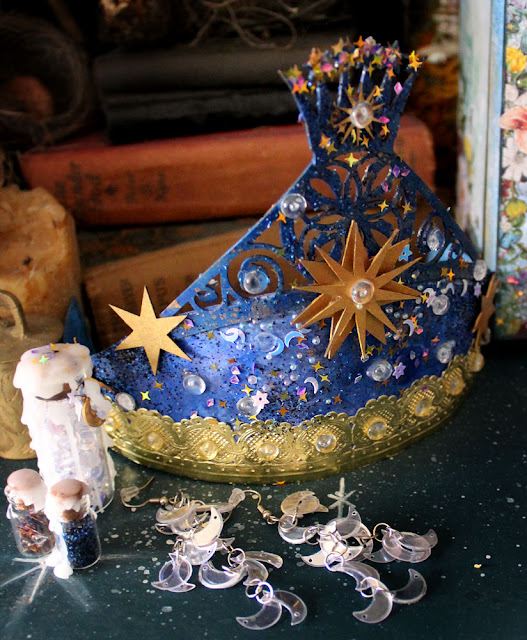 Wax topped jars filled with stardust (disguised as sequins) and a pair of moon sequin earrings leapt off my worktable! 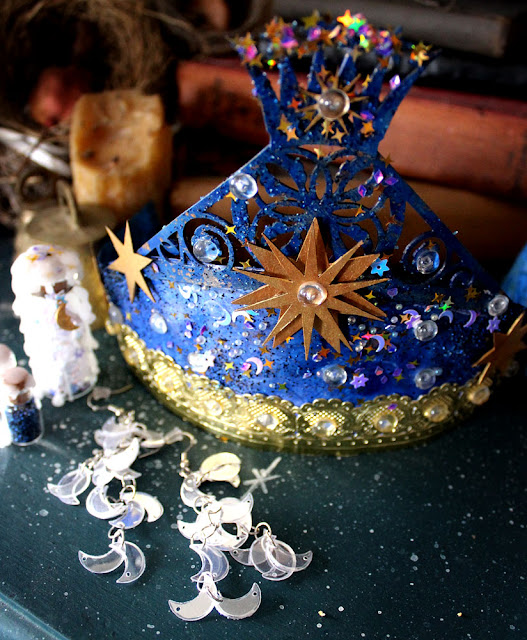 Those moony earrings? They are my faaaavvvourite. They're super duper lightweight and pretty. To make them I created dangly lengths of crescent moons with Iridescent Crescent Moon Sequins and small silver jump rings. Those were then attached to shepherd hook backs. Voila! 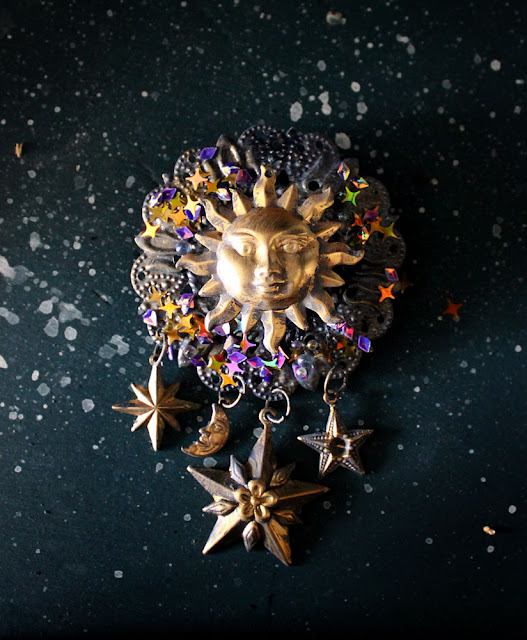 I had toyed with using the Sunburst Bronze Filigree to embellish my box, but it demanded something more. "I want to be seen! I want to stand out!" and so it became the base of this ethereal brooch. I added a pin to the back and brass stamped stars, moon and sun and a smattering of those Stardust Iridescent Gold & Purple Sequins to the front to complete the piece. 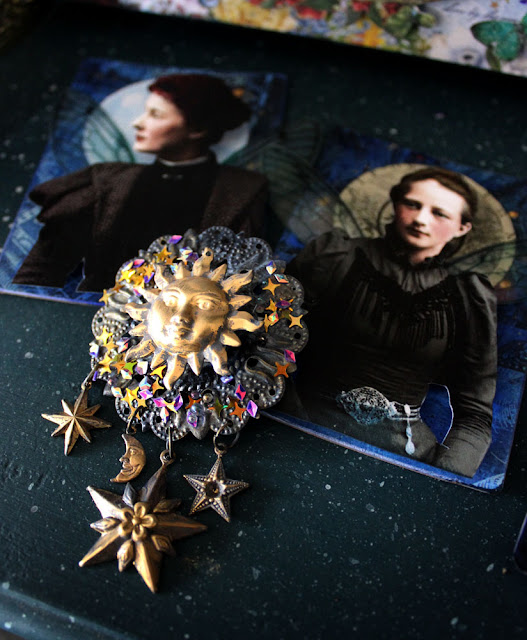 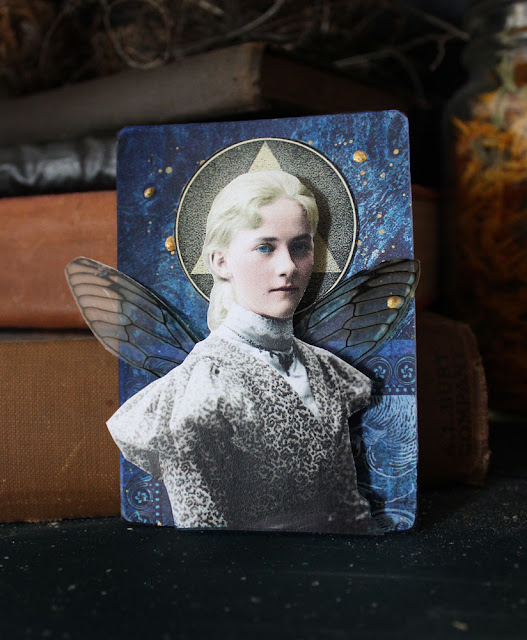 I imagine they are nocturnal faeries that work strange magic under full moons... 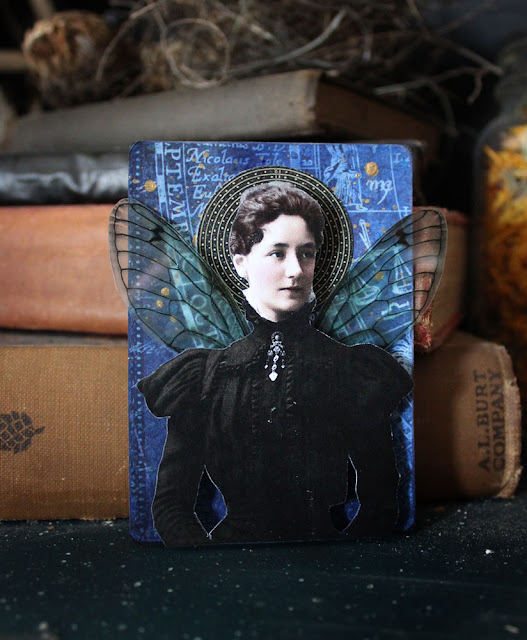 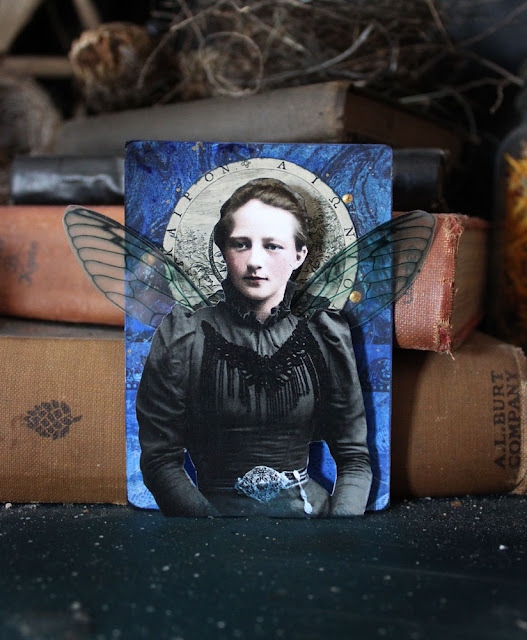 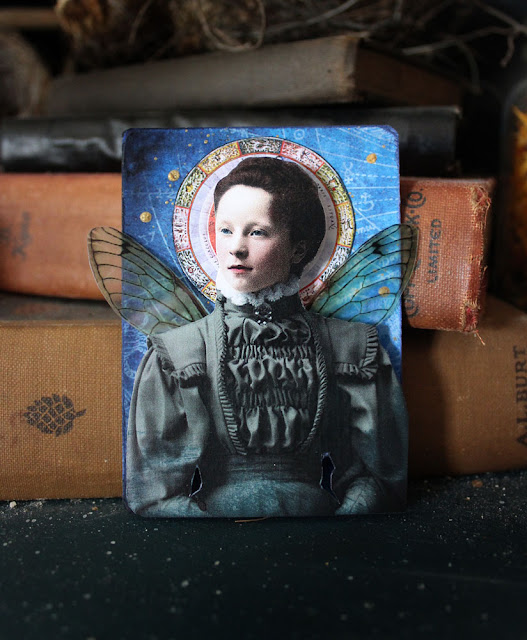 and in dark places. 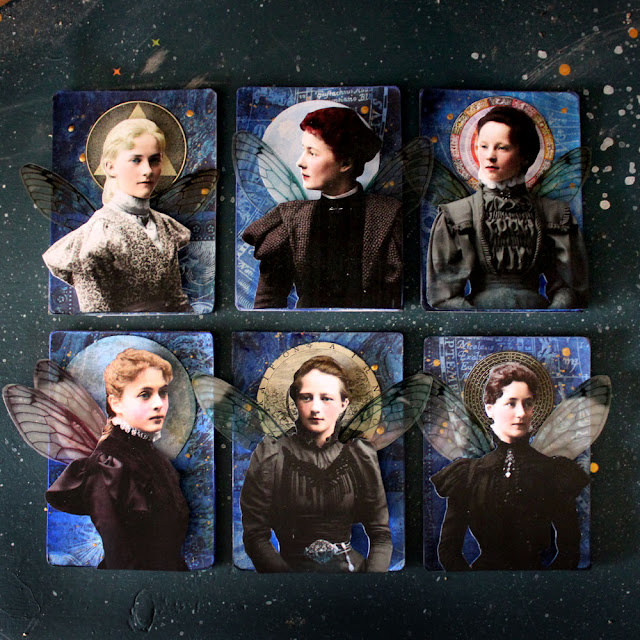