My husband worked the big Wine and Food show in Ottawa this past weekend. My auntie lives there so the kiddo and I tagged along too and did some visiting and sightseeing.

One of our very favourite places to go in Ottawa is the Museum of Natural History. It's such a great old building and the dino displays are fantastic. It's truly an inspiring place to be and I highly recommend it if you love all that old stuff :) 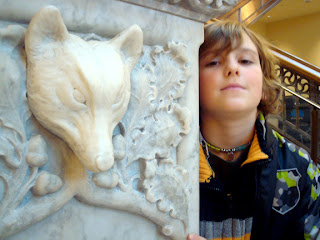 Here's the kidlet on the stair case. If you visit the museum look around carefully and you'll find animals hidden all over the place. 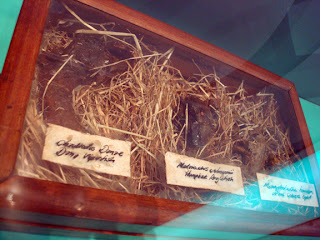 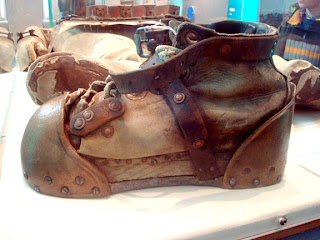 How fantastic is this old deep sea diving boot? The whole suit was wonderful but the boots are what really got me. 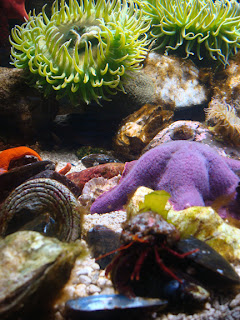 This aquarium was mindblowingly colourful. I like to imagine that some dinosaurs were colourful pinks and purples... I mean we really don't know that they weren't. Who knows, perhaps some of those big buggers were polka dotted. 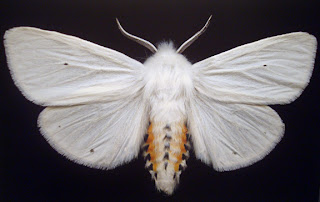 Perhaps my favourite exhibit was a gallery of giant moth photos. There were so very lovely and it was tempting to reach out and stroke the photos to see if they were really that furry and fuzzy (I just barely managed to contain myself) The photographers name is Jim de Rivières and he managed to turn those lowly moths into something quite spectacular and magical. 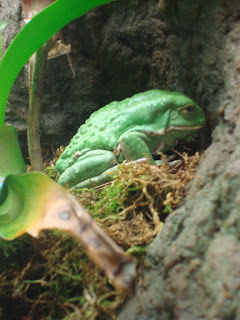 The other exhibit which the kiddo and I loved was a collection of frogs. The colours, sizes and shapes of those things is fascinating. There was a very neat zoetrope there which showed a frog jumping and a computer where the kiddo virtually dissected a frog. I took a load of photos of the frogs but I'll just share this one for now... I wish I had written down what type it was *sigh* ... anyway it was the most fantastic shade of minty green and looked as though it was made of marshmallow. Simply awesome.
We had a grand time at the museum then had lunch in the market. We got lost on the way back to aunties house and had to call her to come and pick us up. LOL Now we're safe and sound back home from our big adventure.
Posted by Nichola