Although I have a bazillion things on the go and lovely ideas floating around my head, my fingers have decided to be difficult. Things just aren't going as swimmingly as I'd like. Glue and string, ribbons and glitter have decided to go on strike and not play nice. So I took the hint and left all the making alone today, cleaning out the studio space. This basically means I moved all the crap in the studio into other rooms and made them messy instead.

One of the things I have been working on is some  paperclay snowballs. In the spirit of being a pain in the bum some of them decided they didn't want to be snowballs after all and became moons instead. 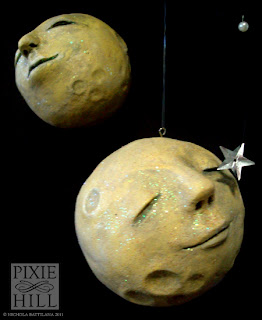 They are pleased as punch to be moons. Just moons. No fiddling about or funny business with these fellows. When I attempted to make them into mobiles, with a glittery night sky and twinkly stars, they became difficult too! 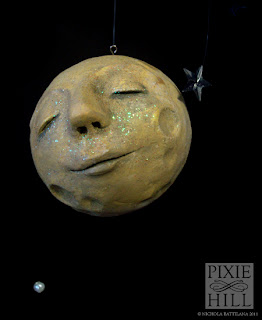 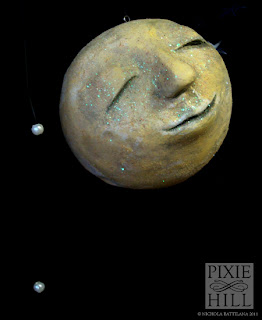 ﻿
I suppose that some days it's best to take a hint and leave well enough alone :)
Posted by Nichola