I've been working away on The Storytellers House and have two rooms almost done. It's been all stops and spurts with this one. Giant chunk done one day, nearly nothing the next. Here's a peek at what's brewing... 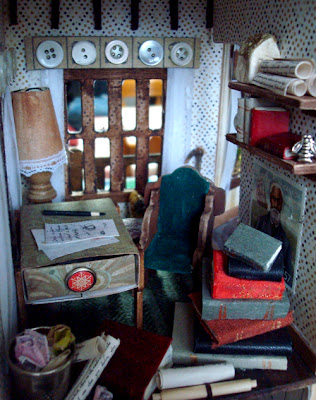 The 'study' is almost done. 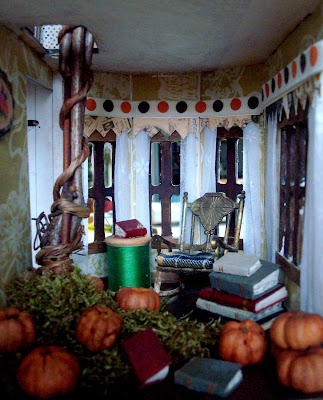 The reading room is almost there too. The lovely thing about nonsense is that it doesn't matter one bit if there's a pumpkin patch growing beneath a beanstalk inside a tiny house :) 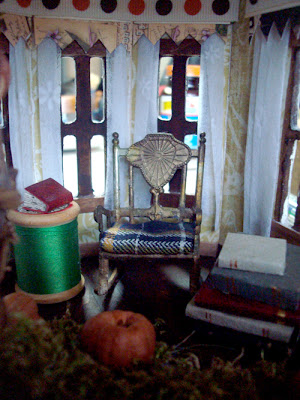 That little rocking chair is one of my most favourite things. I bought it at an auction house last year for around $1. It's fairly fabulous.
That's it for the house for a little while. I've got to let my ideas simmer before moving forward. Besides I've got at least 1,324 projects in an unfinished state waiting for some attention.
xoxox
Posted by Nichola