Once upon two times...

I don't think I ever showed off these gentlemen. They've just finished telling me their stories. I'll tell you, but don't go spreading it around... they might be slightly embarrassed by some of it and gossip is in rather bad form isn't it. 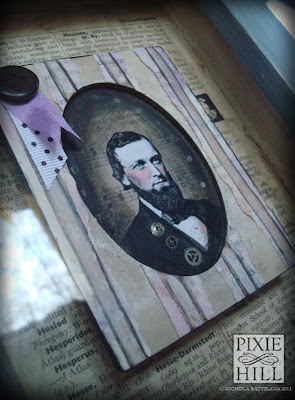 Colonel Whatsit. He prefers to be called "The Col." as though he were the only one. He is a tiny bit arrogant but that's only to mask his insecurities. Mostly he's very nice. You can tell he's a good egg because he carries sweets in his pocket and secretly shares them with children who are slightly naughty.
Available here 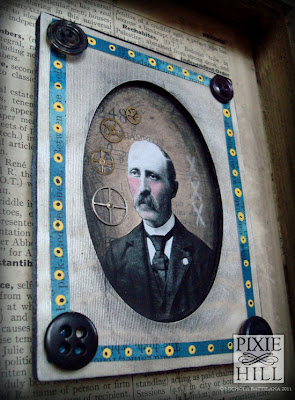 This is Professor Quant. No one is certain what he is a professor of, but he is always in a hurry and seems to be quite busy, so he must be very important. Quant forever seems to have something else on his mind entirely, and usually looks a little bit sad, like he forgot his lunch on the counter top. In reality he's pining for the beautiful Ms.Eliza Pennybottom. He believes wholeheartedly that she is far too beautiful and exuberant for the likes of him. Ms. Eliza quite likes the Professor and thinks he is a true gentle man. She imagines that his touch would be warm, soft and somehow electric. What a shame that he's too shy to ever dare profess his love. Silly bastard.
Available here