It was a busy morning today. Mr Pixie went to an auction while I went to the local Y with the kidlet for swimming and cookery classes.

There were a number sweet things at the auction but the bids were high. The Mr did pick up a few nifty things, including this cool old box. 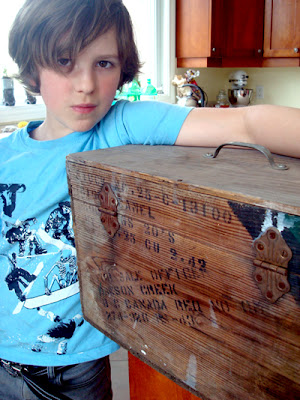 It's made from an old Camel cigarette crate. I think the hubby paid $5 for it. When the kiddo saw he immediately laid claim to it. "I'm going to fix it up and paint it!" I hid my cringing well (I wanted that box!) and told the kid he could have at it. First things first... let's clean it out! 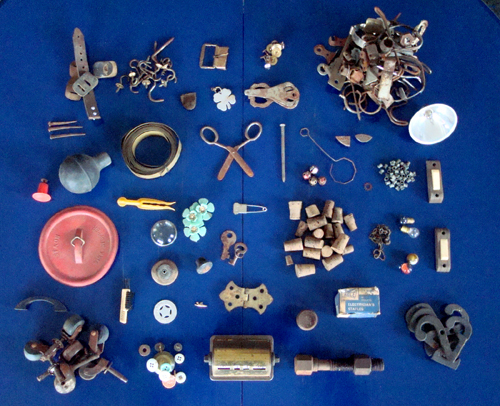 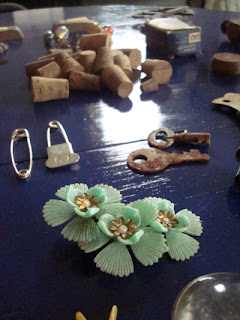 An old clip on earring, rusty keys and a pile of corks. 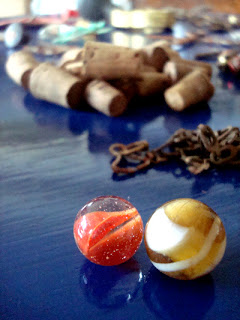 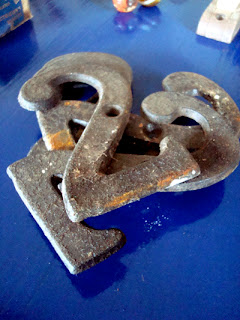 The thing was chocked full of great stuff for mess making so I don't feel so bad about letting the kid at the box now. :) Seems we've both made out pretty darn well for Paul's $5 investment.