The planets must be jumbled because everything seem rather sticky and messed up at the moment. I think the key to surviving the rest of the week will be to lay low and try to avoid anything truly disastrous. Hopefully everything will sort itself out sooner rather than later because I could really use a bit of goodness.

It's been nose to the grindstone here. I've been working on some cards for spring (just the thing to do on a snowy winters day). Here's a sneak peek at one of the new designs... 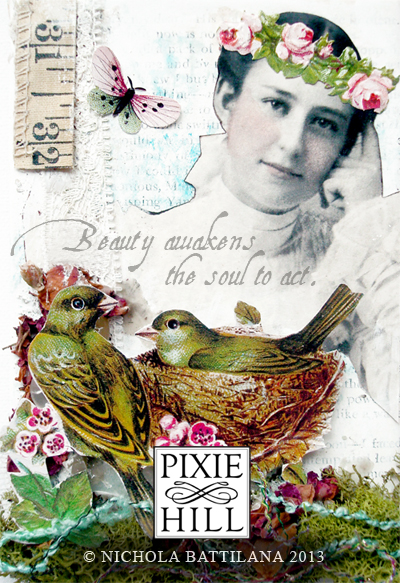 Not entirely sold on the words... but we'll see what happens.

I've also been working on some new full moons. While I usually create my moony faces in paper clay I thought I'd do a series in polymer clay so that they could be worn as a brooch. The first one listed can be found here. 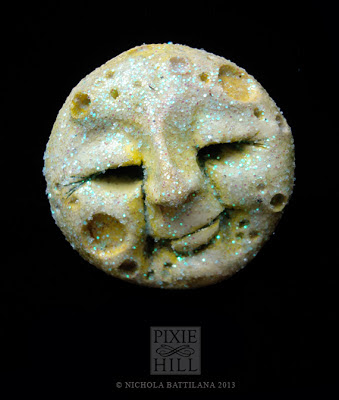 I also made two mandrake brooches! One is already listed here. 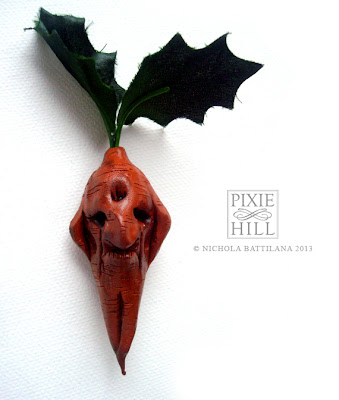 Ok, I'm heading back into the studio to keep out of troubles way. Wish me luck!