I'm swamped. I've taken on some extra work, the house is an absolute disaster and I'm running about a week behind.

I'm so far behind that felt a twinge of guilt about going to bed early last night. There was a voice in the back of my mind nagging..."By golly, you really should be doing this or that instead of going to bed!" That lasted the entire thirty seconds it took for me to fall asleep. BUT I'm glad I ignored that voice because it was the best sleep ever with lovely dreams and a guest appearance by Paul Rudd ;)

Anyway, I'm playing catch up today. And, because I don't have a crafty good to show off, here's Padfoot's snout. My shedding, lazy, dim witted pooch... whom I love dearly and think is the most fantastic dog on the planet. 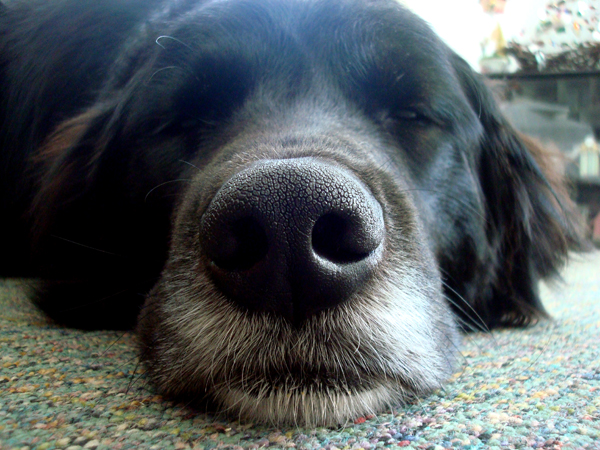 Bask in his lazy snouty glory!
Posted by Nichola