The weather has been rather funny here as of late. Loads of rainy days which, although I love for making my plants grow, have put a damper of getting a head start on this year's Faerie Tour.

Last night I'd had enough of waiting and starting a little fiddling around the Troll's Hole. I spied this fellow standing guard in the crook of the tree stump next to the Troll's entrance. 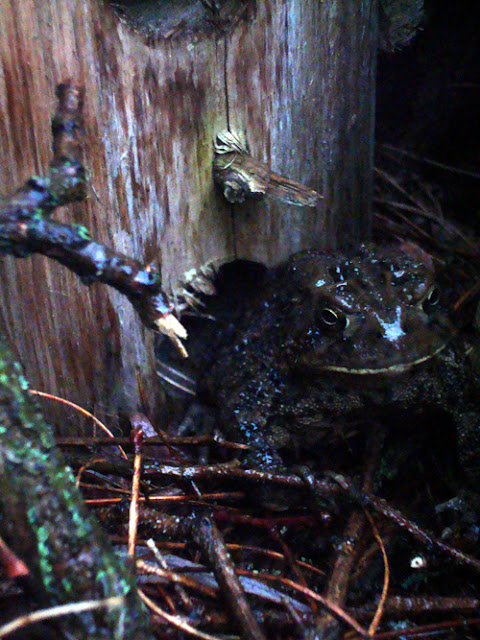 I managed a bit more clean-up this morning and this is the current state of the hole... 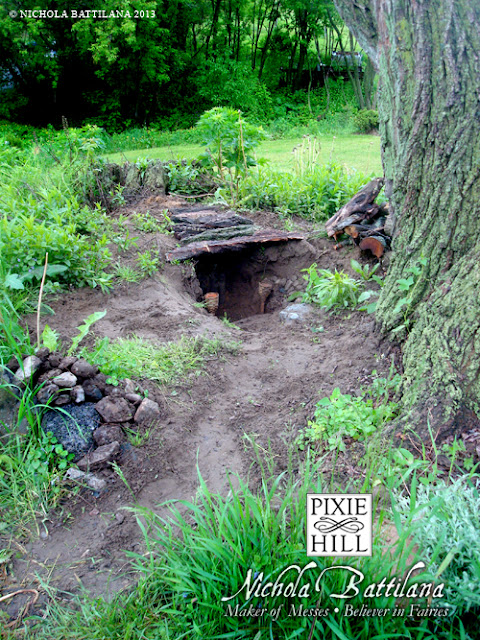 An "Un-welcome" mat and some potted weeds are in order but they'll have to come later. I thought I might also get to work on the Hobbit home and but was greeted by another guardian toad. 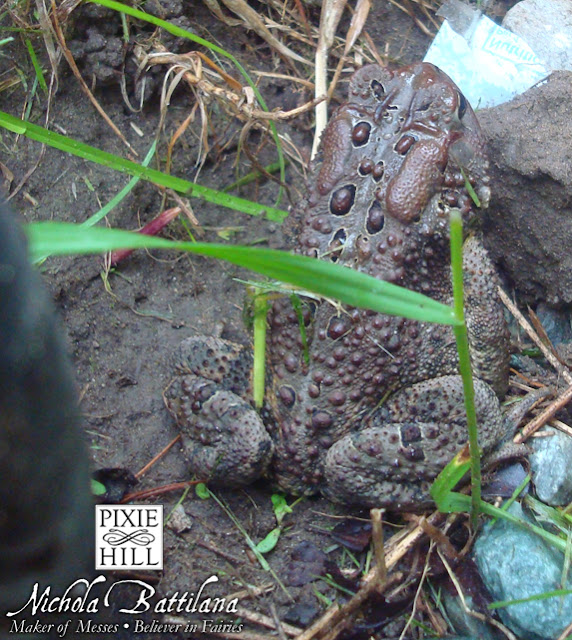 I think this fellow was new to his position. He was awfully shy and as soon as this photo was snapped immediately hopped into a corner, pressed himself tightly against the ground, and pretended he was invisible against the mud. His disguise was not nearly as impressive as he believed it to be. He was, in fact, quite visible. But I felt sorry for the dear so I pretended he vanished and left him to recuperate from the fright of our confrontation. 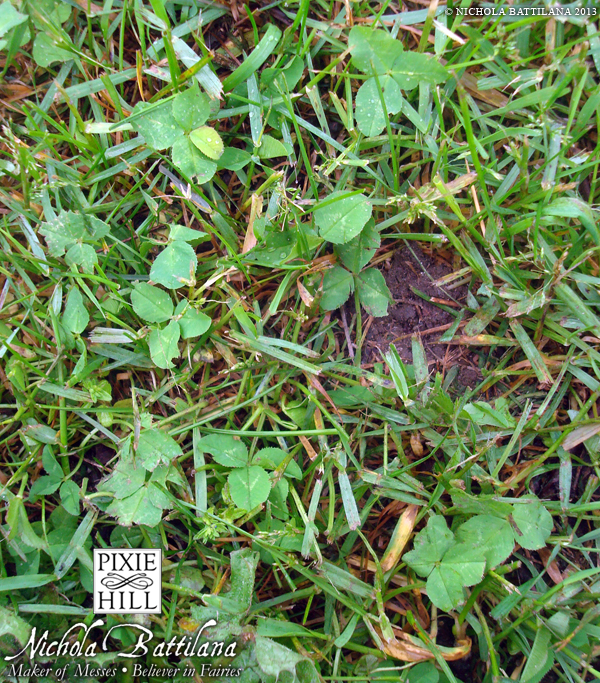 Instead of progress, I'll share the above photo of a newly discovered patch of four leafed clovers growing near the Troll's hole. There are at least two in the photo... can you find them?
Posted by Nichola