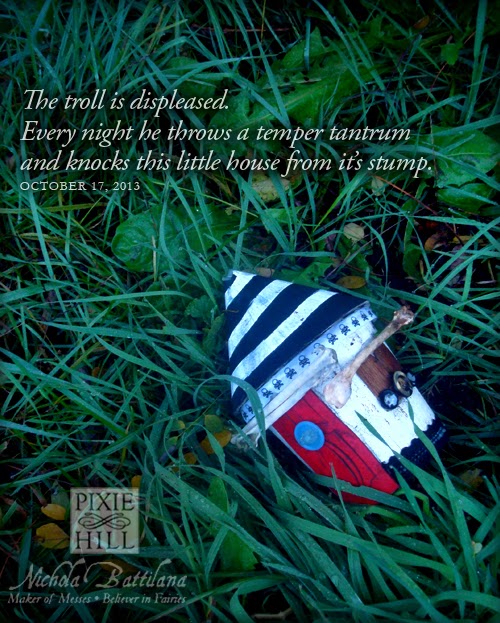 This is the Schwab - Gilbert Hideaway. Every day I place it on a stump near the old Troll hole. Every day it gets knocked down. I suspect our Troll is displeased.

The Troll hole was abandoned when the tall Black Locust tree above it was struck by lightening and had to be chopped down. Half of that tree is still standing but entrance to the dirt cave below is blocked by giant logs from the felled portion. Almost immediately after our poor Troll was forced from his home, a snake moved in. Not a nice snake who looks after the place in Troll's absence. A horrible snake who has eaten at least one of our toads!

Our Troll is not impressed.

Rebuilding a home for our dear Troll must be moved up the priority on our to-do list.
Posted by Nichola