First things first. I've completed two tins and they will be going up for auction tomorrow (ETA: BOTH ARE NOW SOLD). I will post the links to the auctions all over the place. You'll be fed up to the back teeth with me before this is through.

There are 10 new tins, at least 6 of them will be for sale (in some form or other) online. I will always post the where and when's prior to listing. (There will probably be an etsy listing next week.) I also wanted to say that I will not be making any more of these particular tins. In the distant future I may do the bullet marked wall or something else Sherlock related... but this particular design is being put to rest.

I'm really proud of this lot of little Baker St flats and I'm glad to have had the chance to improve upon the original and 'fix' a few things that ate away me. Here's a look at the completed pieces... 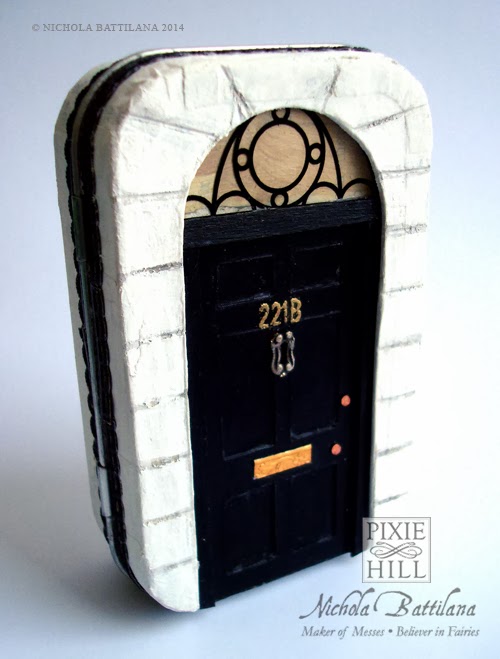 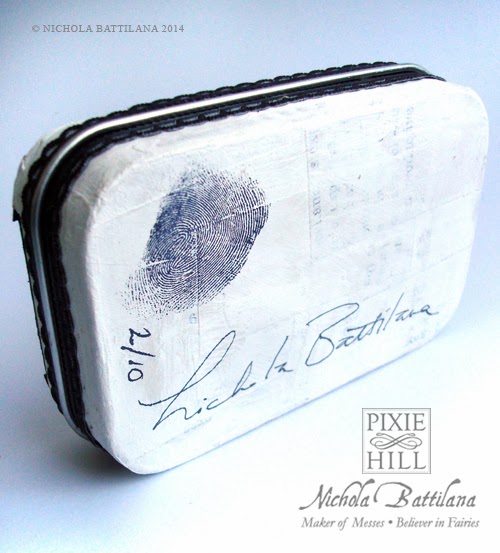 The fireplace is now much closer to the fabulous BBC Sherlock set, which is designed by the amazing Arwel Wyn Jones. 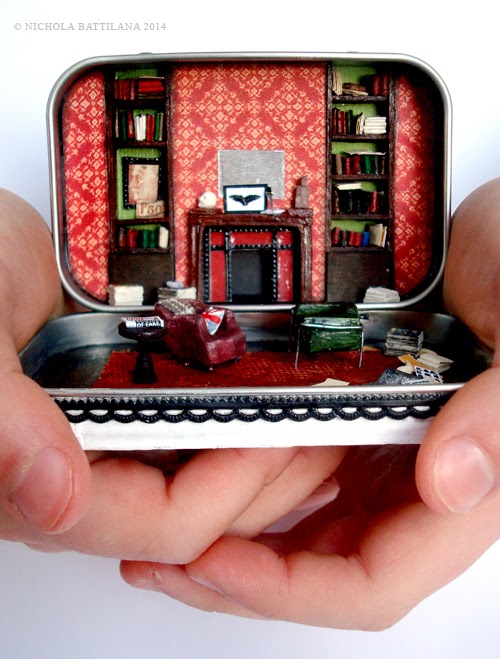 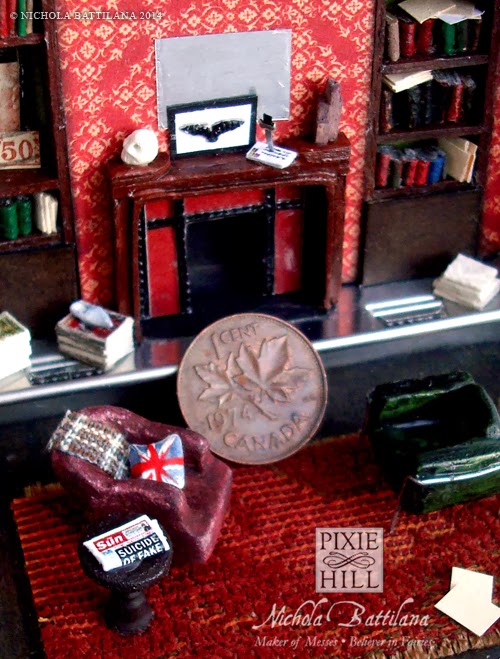 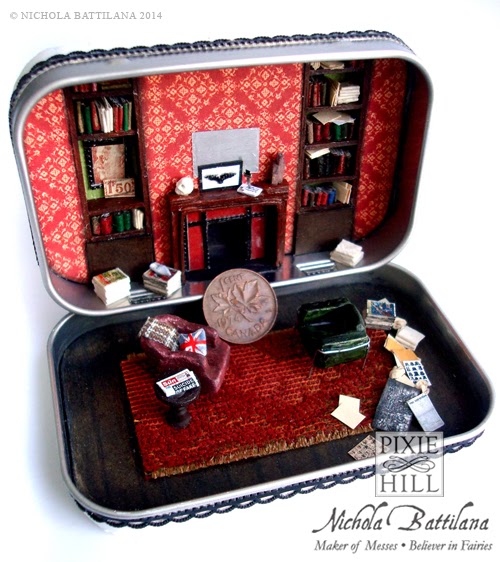 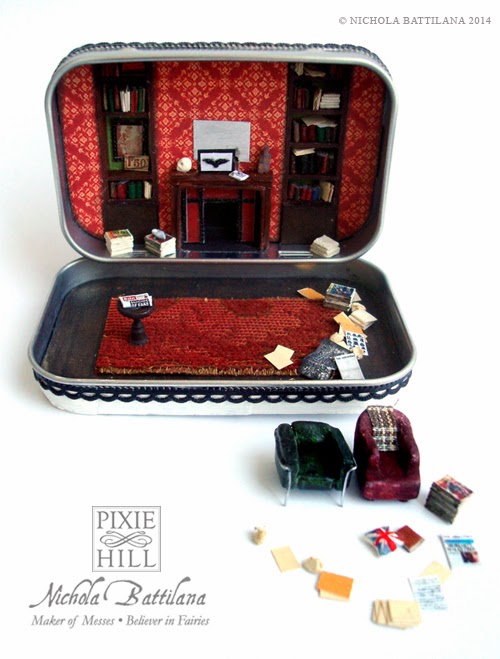 The tins do shut, but once again the chairs have to be removed... but I'll send along extra papery bits to mess up the apartment with to make up for that particular annoyance. 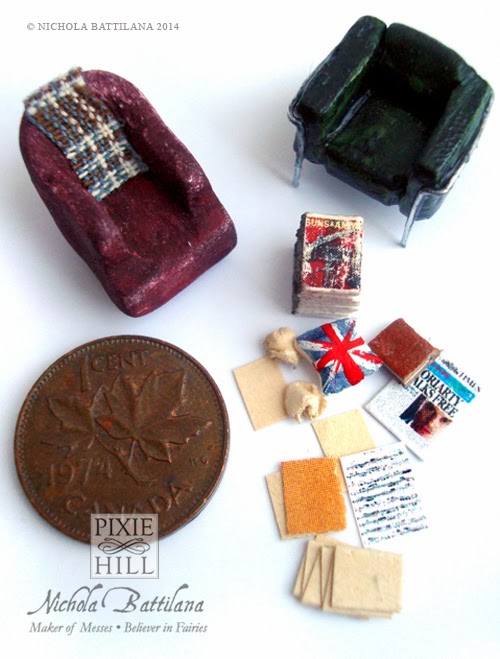 Finally (while I have your attention) I wanted to say a few words about The Undershaw Preservation Trust and ask you to consider taking a moment to 'Like' their facebook page. Sir Arthur Conan Doyle holds a very special place in my heart, not just as the creator of Sherlock, but as someone who had a deep interest in fairies. Preserving his home not only acknowledges the significant mark he left on the literary world and our very culture, but also respects his memory... something I believe he deserves. 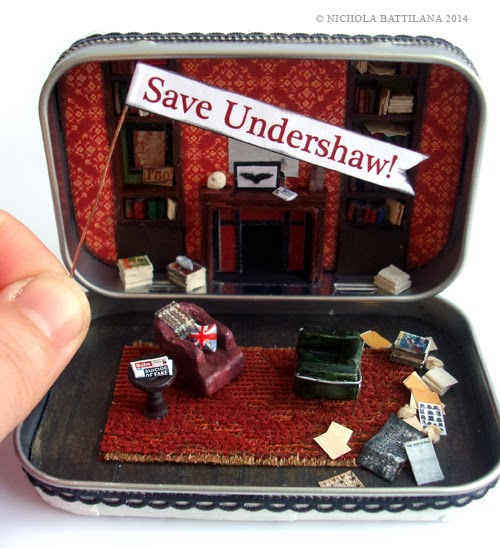 The trust isn't accepting donations at this time, but I'll be holding on to one of these tins (for a while at least) in the hopes that the sale of one of these silly things can benefit their cause. We'll have to see what develops. Again, I'll keep you informed.

So that's it for now. If you're planning on bidding I wish you all the luck in the world. If not, thanks for being nosy. 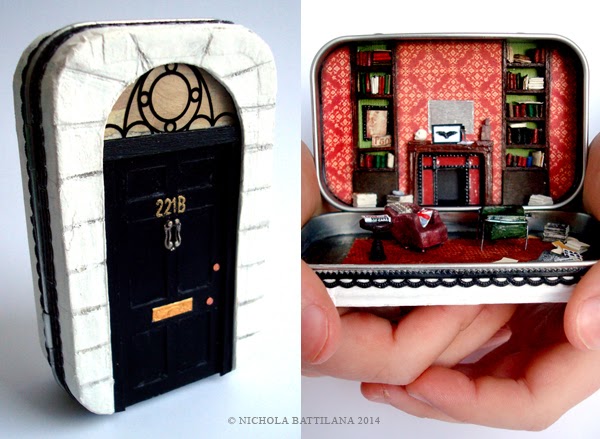