A Mermaid Shrine for Alpha Stamps

Alpha Stamps theme this month is mermaids. Being a child of the 80's my thought process on those fish-tailed beauties beneath the sea goes something like this:

1. Gorgeous Daryl Hannah in Splash.
2. The selkies of The Secret of Roan Inish (if you haven't see this, you should)
3. George Melies' Under the Seas

I ended up with a dreamy glittery underwater mermaid shrine inspired by the tints of Melies' (that sounds far more pretentious than it is). 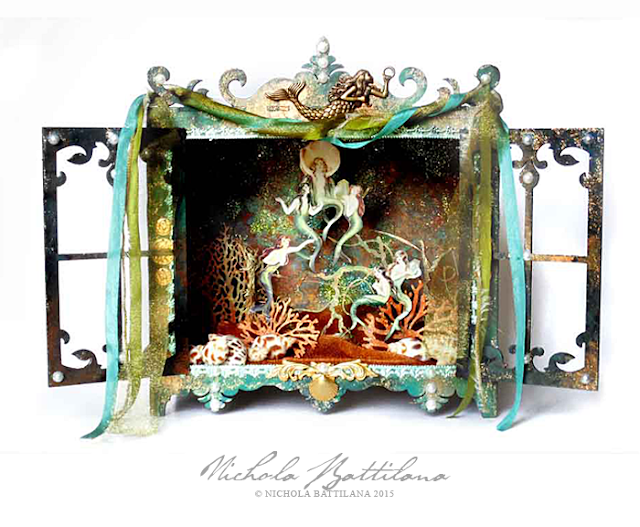 For the base I've used this Curio Cabinet. I've simply omitted the shelf inside to create a large open interior. Almost every surface has been covered with an iridescent glitter thanks to a Stickles. I simply spread them with my finger, giving a glowwy rather than a glitter encrusted effect. It's pretty, like flecks reflecting light beneath the sea.

I wanted the outside to coordinate with the Unearth Copper Patina Scrapbook Paper interior. Here's the paint process I used:

I think it compliments the paper nicely :)

For the seabed floor I used a square of organza, which fills the space nicely and also provides a nice reflective quality too. 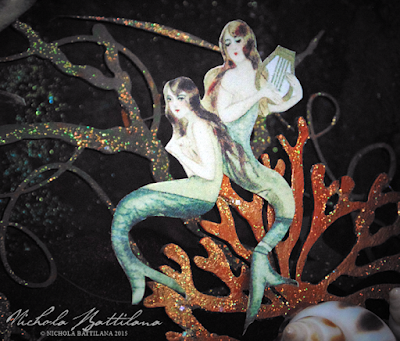 My fussy cut mermaids sit upon painted chipboard coral. Staggering the placement of these pieces helps with the depth perception. 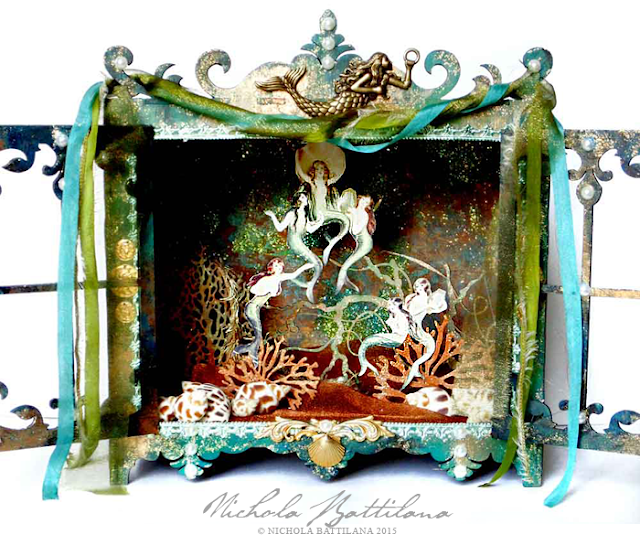 On the exterior I've draped ribbons as a sort of banner. It helps with the dreamy quality and is a bit like fantasy seaweed. A few stamped brass charms and adhesive pearls finish off the the piece with a bit of treasure trove flair.