I spent Monday evening and the entirety of Tuesday working on these mushroom specimens. Keeping real toadstool samples was not an option, as they would certainly dry, wither and lose their lustre. Instead, these make-believe mushrooms have been created from polymer clay. 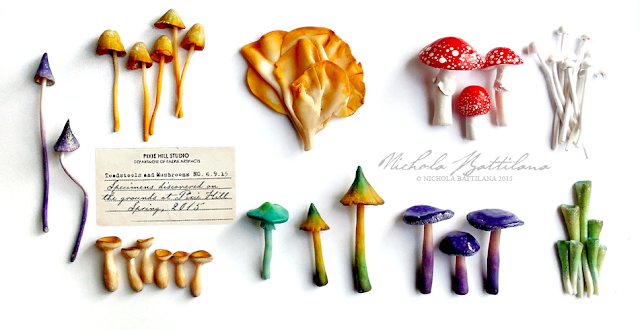 The presence of toadstools may indicate faerie activity, especially those found growing in lines and rings. They are tell tale signs that faeries have been trooping or dancing in that very spot.

While it may be enticing, do not disturb those rings and lines. It would be like showing up at a celebration you were not invited to. Do admire them, appreciate them, and respect the fact that the fair folk may be near by. 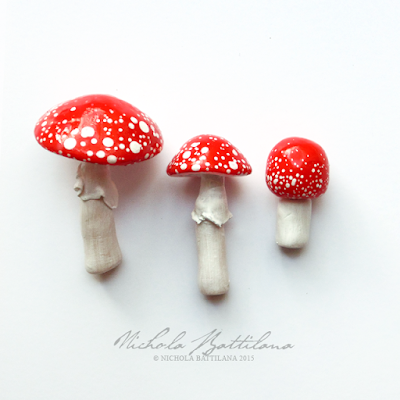 Fly Agaric/Fly Amanita: The most iconic of all fairy mushrooms. Especially popular in Victorian fairy paintings but renaissance depictions can also be found. It has hallucinogenic properties and a long history of use in religious and shamanistic rituals. Toxic to consume, but lucky to see. 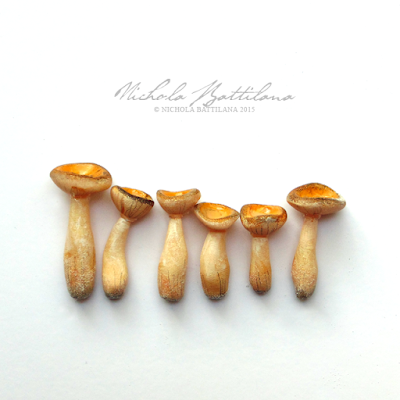 Hens Goblets: These goblet shaped mushrooms are often found growing outside of hen houses. Planted by impish fair folk, they are filled with fairy wine to lure chickens from their nests. This allows for the theft of fresh warm eggs. 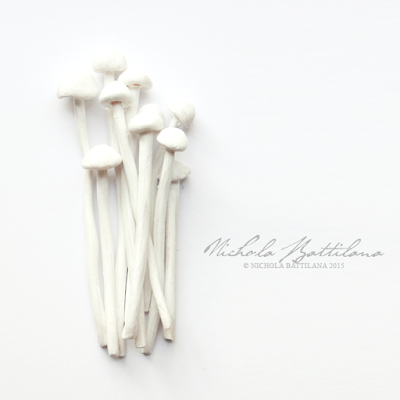 White Needles: Similar to Golden Needle mushrooms but slightly larger. I suspect they may be a cross variety cultivated by Koro-pok-guru who may have migrated from Japan. 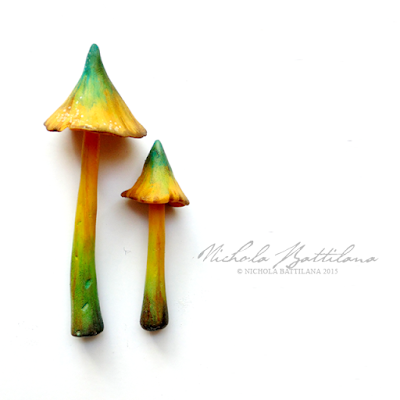 Good Witch's Hat: a specific type of waxcap toadstool especially useful to witches who use green magic. Enhances the potency of any spell or charm. When on good terms, faeries will sprout a small patch of these for their favourite witch to use. The witch in turn will bake a crumb cake and leave it on the window sill for the little folk to steal nibbles from. 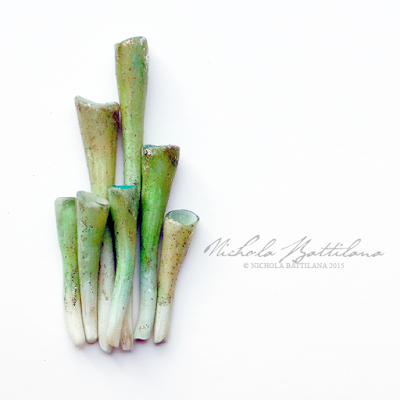 Smooth Pixie Cups: a lichen, rather than a mushroom, related to the Mealy Pixie Cup. Found in mossy areas known to be frequented by trooping pixies and faeries. It is said that gnomish beer tastes especially good when sipped from one of these cups. 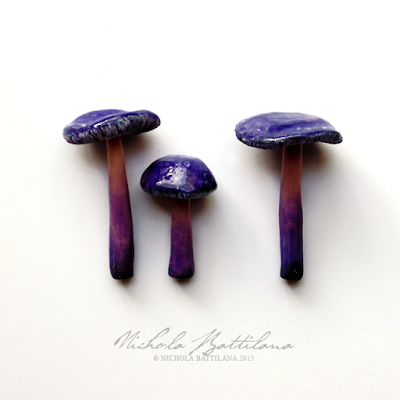 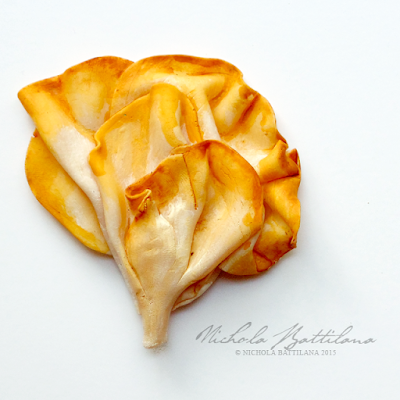 Undetermined Fungus: Grown by faerie folk on dead or decaying tree trunks to store nutrients from the decaying the tree for later medicinal use. Also used practically as shady awning for tree dwelling little people. 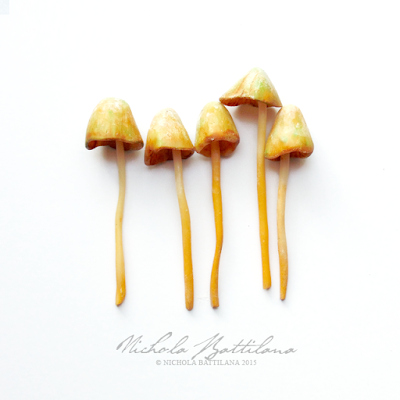 Conocybe: not entirely certain which subspecies this is, as there are at least 50 found in North America and almost 250 worldwide. Certain varieties have been used for shamanic purposes but others are highly toxic and could be deadly. Caution is advised. Only those with an intimate knowledge of the species, and on good terms with the fair folk, should attempt use. 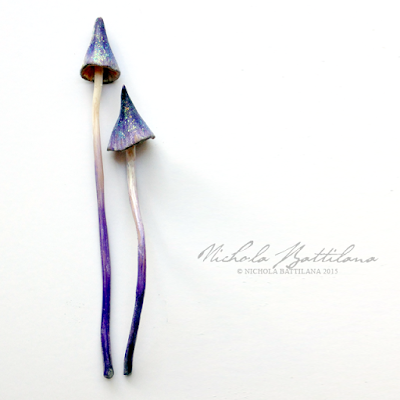 Elven Bluecap: So called for its resemblance to the headwear often worn by Northern elves. The glittery substance on its capped top is believed to magically assist them to remain upright on their rather spindly stalks. 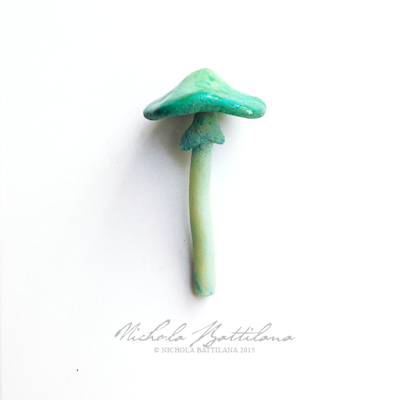 Verdigris Agaric: Named after its colour, being strikingly similar to the pigment on weathered copper/brass/bronze. A favourite of little people with seaside roots.