Paper Pirate Ships (and How to Be Inspired Update)

My fairy lantern post and tutorial have been pretty dang popular over the past week or so. I'm very happy that it prompted parents, grandparents, and caregivers to craft with (and for) the little people in their lives. I thought I'd post another project and tute that might encourage that sort making to continue.

If you know me, you know that I'm not only a fairy fanatic but that I'm also smitten with pirates. I've made paper sky pirate ships in the past as well as a nifty paper Sky Pirate Zeppelin. I have them hanging from my ceiling and I love the idea that there are little fairy sized buccaneers keeping any goblins at bay. 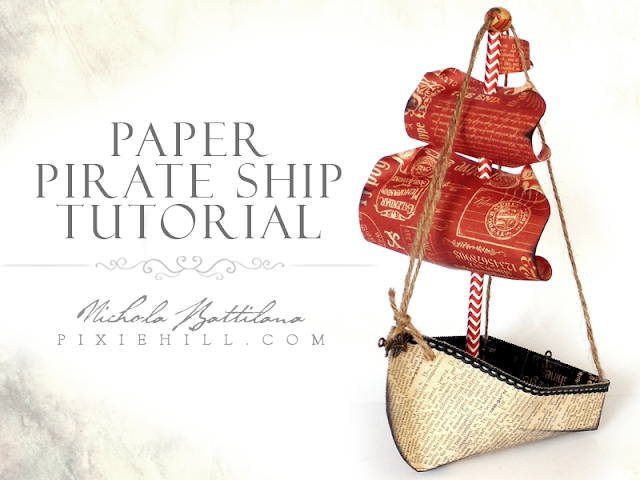 ANYWAY, it's a fun little project. You can get as simple or complicated with it as you like. Loads of opportunity for little people to help... picking paper, measuring, bending and curling the paper, placing the sails just-so. What you'll need:

The tutorial can be found HERE on my YouTube channel (or below) and just in case you need some clarification, here is diagram of what your boat folds should look like: 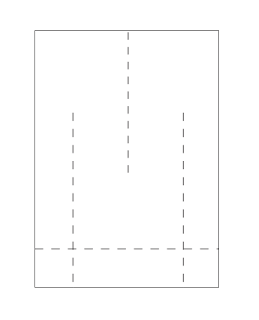 Finally, a quick check in for those following along with the "How to Be Inspired" posts:

After the initial think, I've collected and pinned loads of images over on the Inspiration Board. Now it's time to form some ideas and let them brew.

I've got a couple of thoughts floating around in my head, directions that I'm considering. I'm loving the medieval tents I've come across. Their shape, colour and decoration are amazing. I also really like the circus tents that I've seen - so whimsical. But I think it's those simple camping tents that are calling my name so that's where I'm headed.

How are you coming along? Have you given it any thought? Do you have a clear vision what you want to create? It might be helpful to consider WHAT it is you want to make. Yes, you're making a tent... but is it a functional thing? big? little? decorative? ornate? simple? permanent? movable? Does it have a theme? a story? Figuring out these sorts of details will help to narrow down the vision for the final project.

I'll check in again next Tuesday with a few more details about my idea, what I'll be making and how I go about making it.