It snowed yesterday. SNOWED! I was lounging on the deck with a drinky-poo just the day before. This weather is nuts.

This guy thinks the crazy weather is somehow my fault. Just look at that stink-eye! 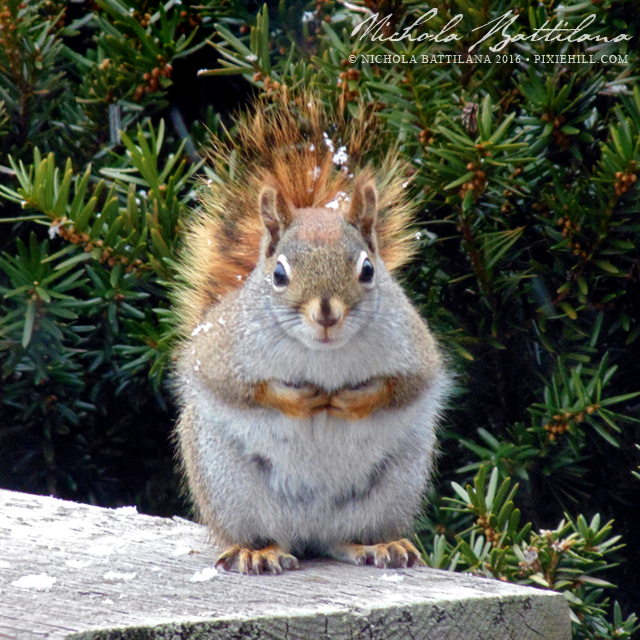 I'm fairly certain this is the first red squirrel that has decided to make Pixie Hill his home. He's very cute but is as mischievous as they come, and very grumpy. Our dog, Padfoot, chased him up a tree and he was so mad! He chattered and squeaked and made a huge fuss, thoroughly confusing poor Paddy who looked at me as if to say "What's this guys problem?" 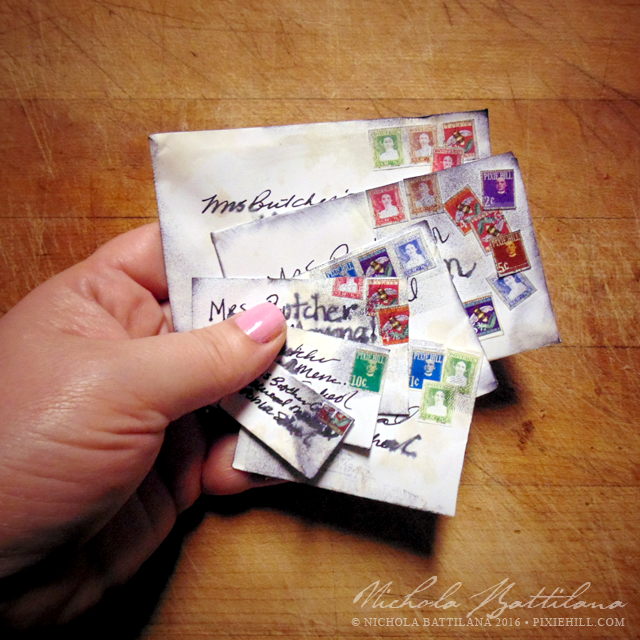 A quick photo from last night. A small batch of fairy mail on it's way to Mrs. Butcher's kindergarten class.

The wee folk here were very excited to hear that the children were learning about fairies. They jumped at the chance to send some notes but Cecil, the mail room hobgoblin, sent them to the wrong department and the letters went on a misadventure. They look a bit ratty... hope the kiddies don't mind.

It's raining here, which means I'll go through my pot of tea in no time at all.

Have a beautiful day, no matter what the weather.
Posted by Nichola