The Art Gallery of Ontario (AGO for short) has an amazing exhibition called Mystical Landscapes.

I'm not exaggerating when I say that it was an astounding, inspirational experience.

The exhibit features work by Gauguin, Edvard Munch, Georgia O'Keeffe, Emily Carr, Chagall and so many more. There are TWO Monet Waterlilies and, if you ask me, they weren't even close to the highlight of the exhibit.

As you near the very end of the exhibit you are greeted by the piece "Crystal Castle at Sea" by Wenzel Hablik. 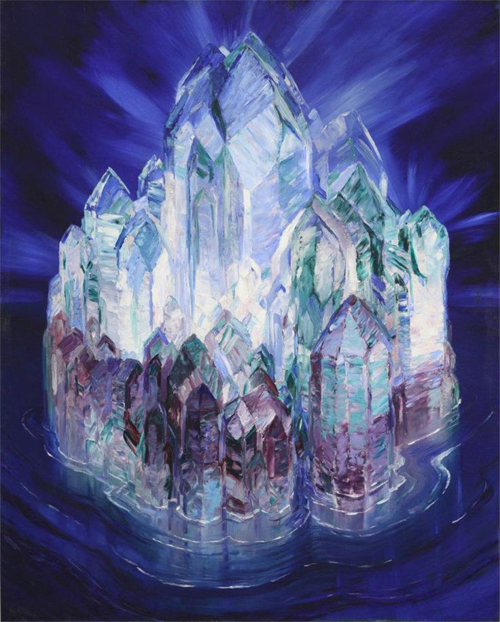 No pictures I could find of this piece do it justice. It catches your eye and pulls you to it. And as we drew near, we saw that the final room of the exhibit was dimmed, the work illuminated in the dark. 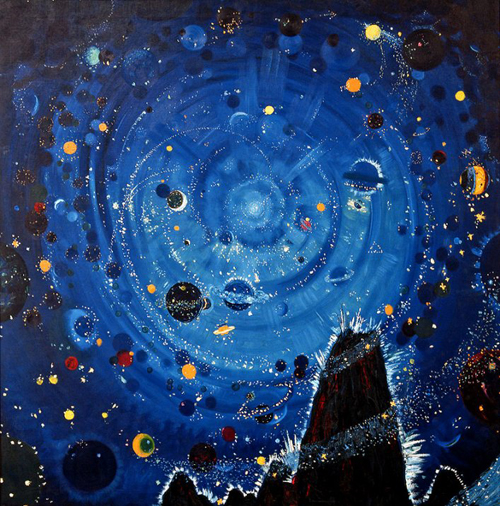 Immediately catching my attention, another Hablik (whom I'd never heard of before, but clearly it was love at first sight) "Sternenhimmel Versuch". A large piece, 2 square meters, looking at it illuminated in the dark was like looking up at the universe.

Then you turn around, and on the opposite wall, dancing in the dark, is Vincent van Gogh's, "Starry Night over the Rhône". 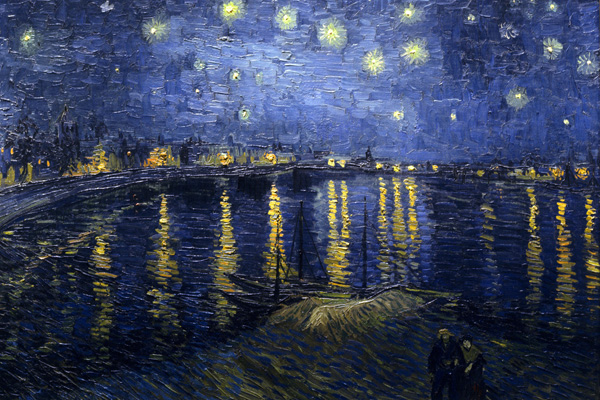 One review said "It looks as though it could have been painted last week." Truth! It's so vibrant and alive that the paint still looks wet.

I left the gallery with a renewed energy and desire to make. This weekend I set to painting my own big space canvas in the spirit of Hablik. 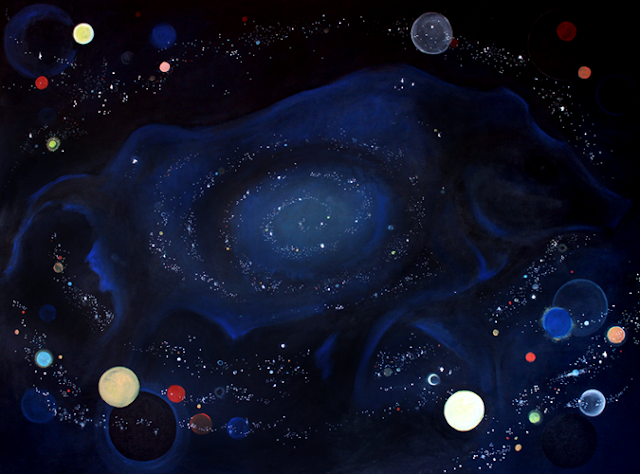 A large canvas that had been sitting in my studio, unfinished for two years, had received a celestial makeover. While it won't be to everyone's taste, it's one of my favourite pieces I've created and I like that it will be keeping me company in my studio.

But I don't think it's totally complete. I like the idea of maybe adding new stars and planets to mark good moments and positive happenings in my life. Hopefully that canvas will be covered in starlight in no time at all.
Posted by Nichola