Old Glass and Another Apothecary

This is a much smaller version of the Fairy Apothecary I showed off earlier in the week. I had a couple of requests for a tutorial and an AlphaStamps deadline looming so... ta dah! 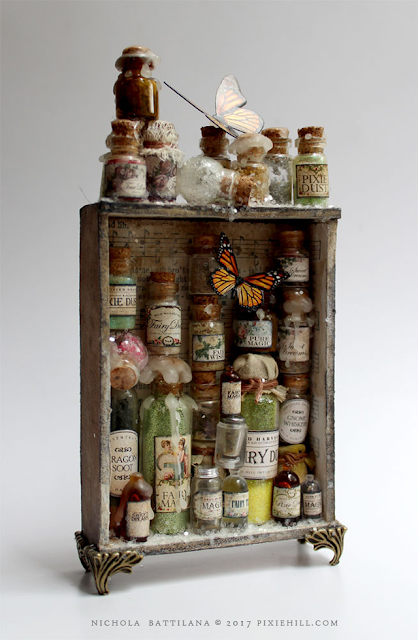 This is probably about 1/4 the size of the earlier version, but crammed with just as many wee jars and bottles and vials. Overall size is approximately 3" x 5.7". 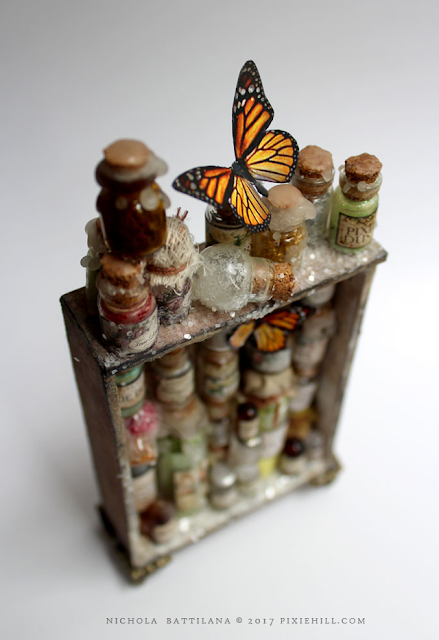 I've skipped over the box assembly in the video tutorial. It's easy peasy and you can look at the old vids on my channel to see how I generally stick stuff together and cover with paper. 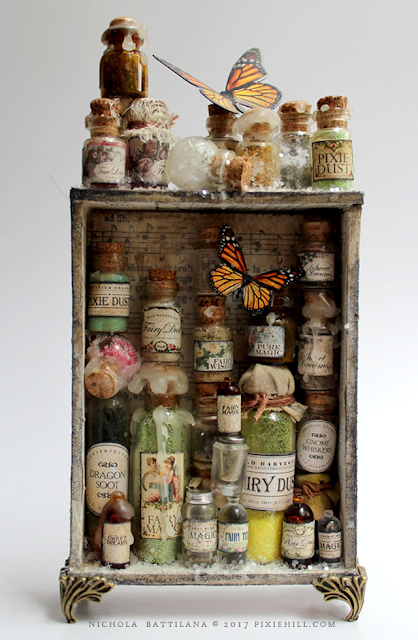 Instead I've focused on recreating the look of authentic old glass. It's not over the top grungy... but it absolutely replicates the appearance fairly accurately. 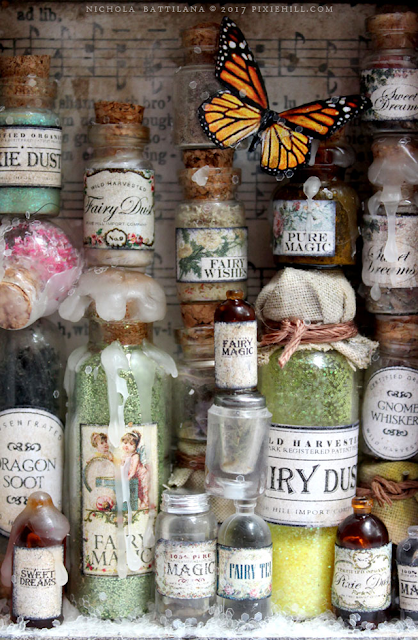 So hop over to the tutorial HERE 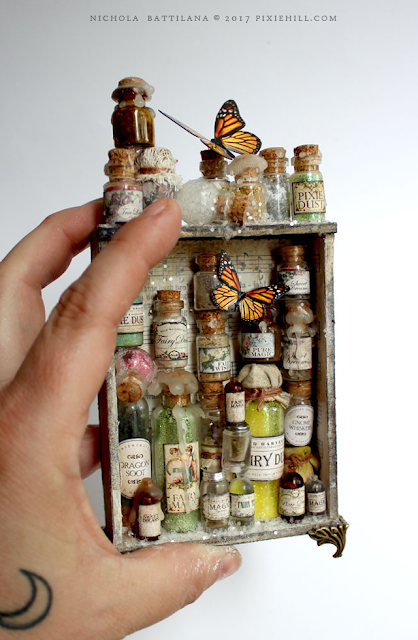 And grab all of the supplies you need HERE