I've been fiddling with tiny tarot cards all week. I wanted to get them just right but it turns out the size I had guestimated for scale wasn't far off from an accurate 1:12 scale version. I'm not hugely worried about accuracy... I mean I appreciate it, but I'm not a stickler for it. 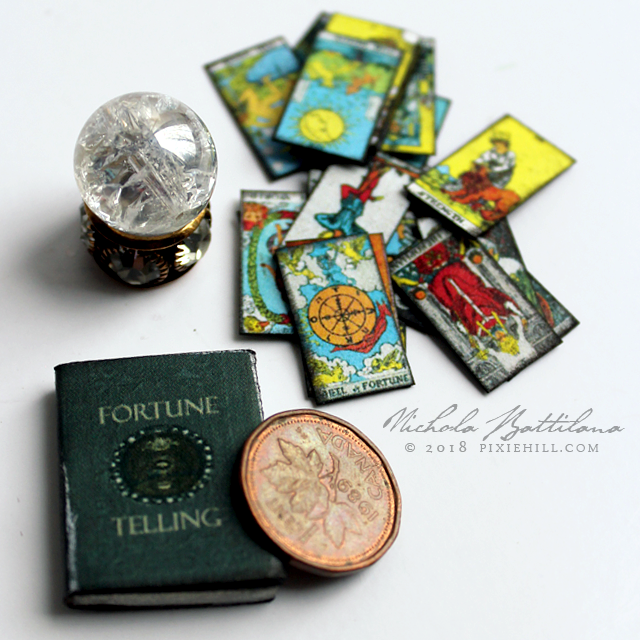 One of the things about scale is that when creating a 1:12 scale tarot deck on card stock the thickness of the card becomes an issue. 78 layers of card stock is thick! So, for this little set I've only included the 22 Major Arcana. This gives a nice little pile, thick little cards and still allows for an actual reading if you are so inclined to squint your way through some fortune telling. 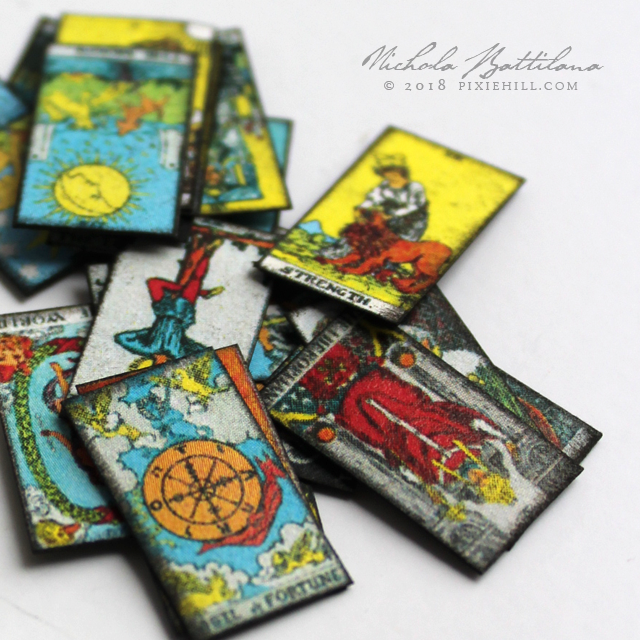 Anywho, I've made a few sets including the Major Arcana cards, wee crystal ball and a fortune telling book. They are available HERE. 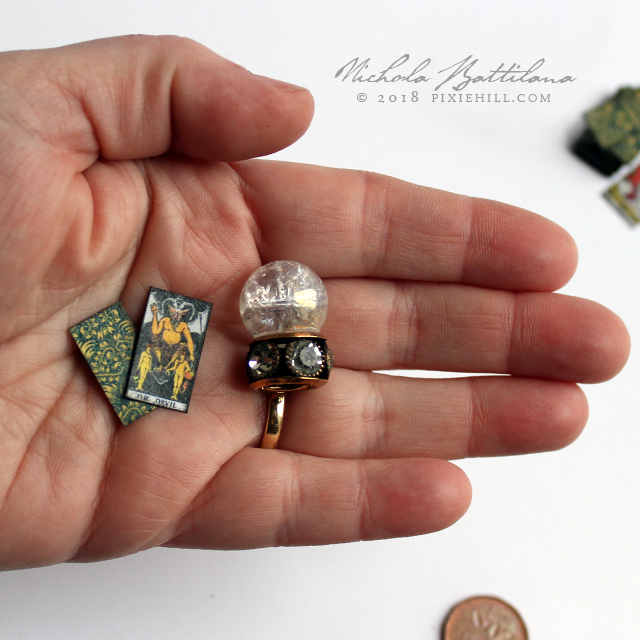 While fiddling with the wee tarot cards I was doing some research and came across this really cool boxed set that was the original Waite Rider Smith deck from 1909. The deck is known as the "Roses and Lilies" deck because of the back pattern on the cards. 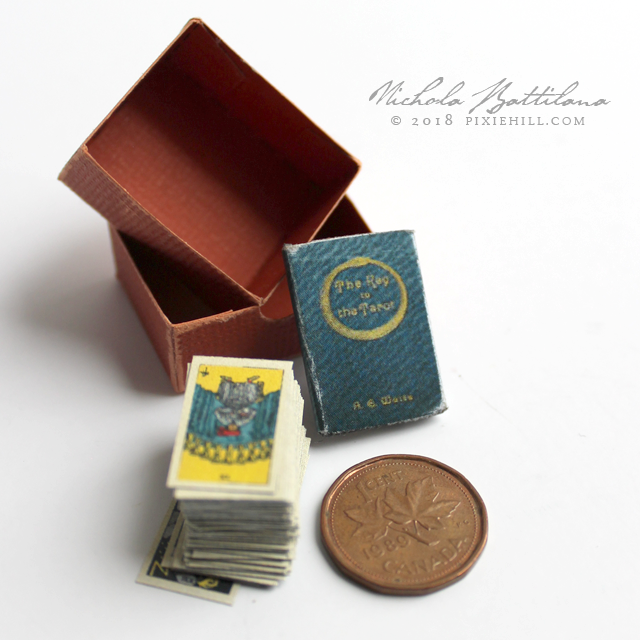 Anyway, I thought it would be nifty to recreate that set in miniature. I know the scaling of the book and box aren't perfect... but I'm pleased with the set none the less. 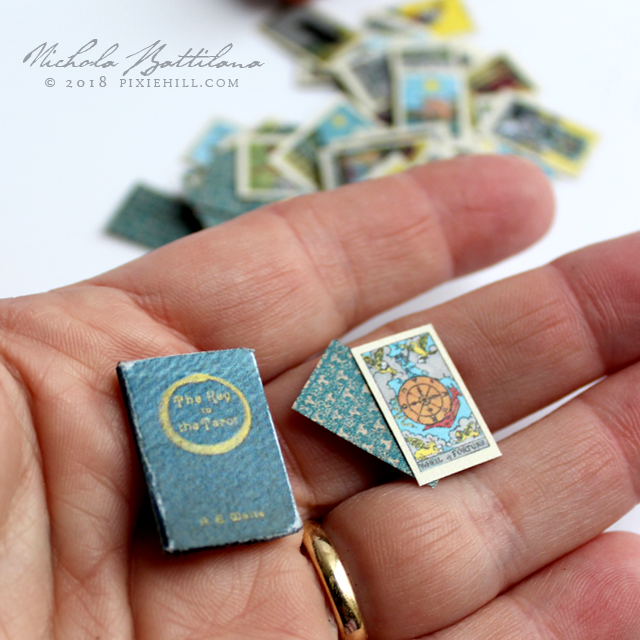 There are in fact 78 cards included in this set. I've printed on regular paper and, although it still makes for a very thick stack, it's not nearly as ridiculous as when printed on card. Plus... they look pretty great if-i-d0-say-so-myself. 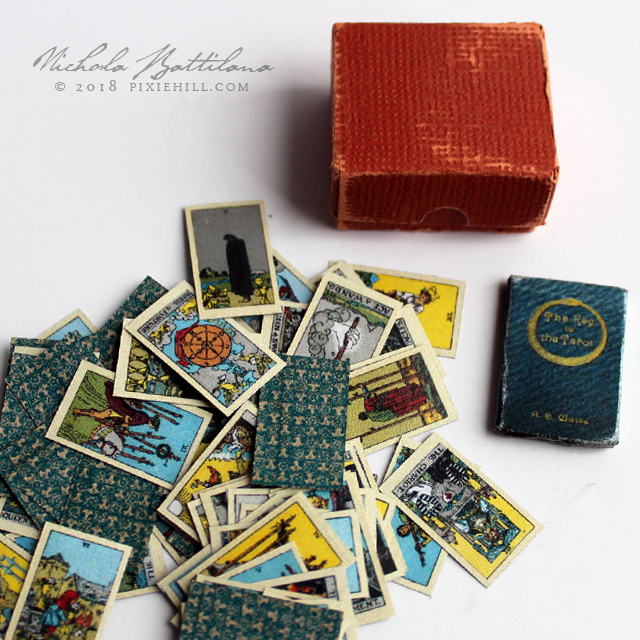 I've had a request for a tarot collage sheet and I'll finish that up as soon as I can. Until then, if you'd like to buy a completed set, there are a few mini "Roses and Lilies" boxed sets available in the etsy shop.