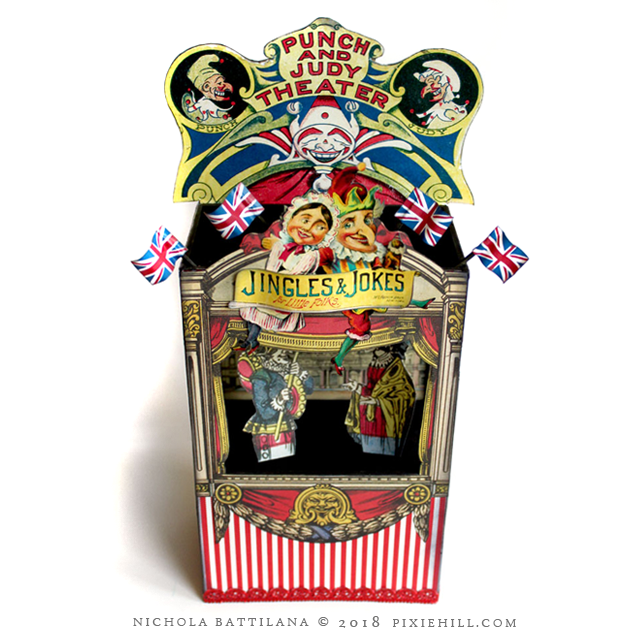 I made a Punch and Judy theatre eons ago (there's a tute for that one too) but this one is larger and much less fiddly... and slightly less violent. 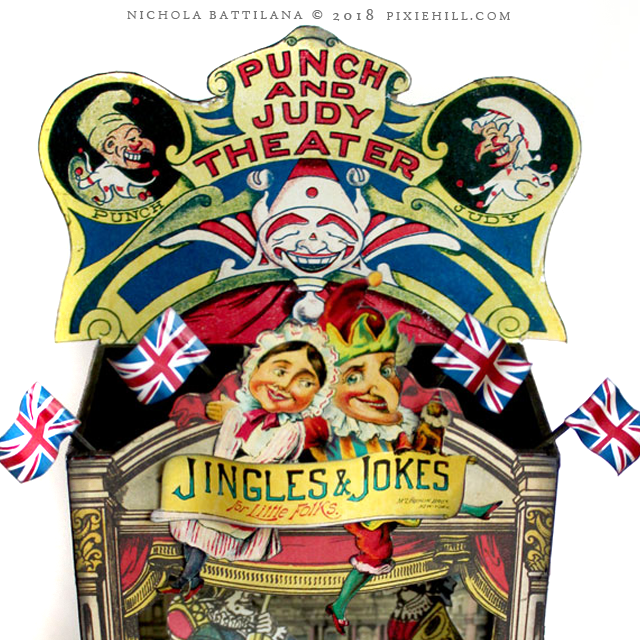 If you aren't familiar with Punch and Judy it's a sort of violent puppet show which can be dated back to just before the 1700's, reaching a height of popularity during the Victorian era. More recently, they have a bit of a shout out in Gone Girl. 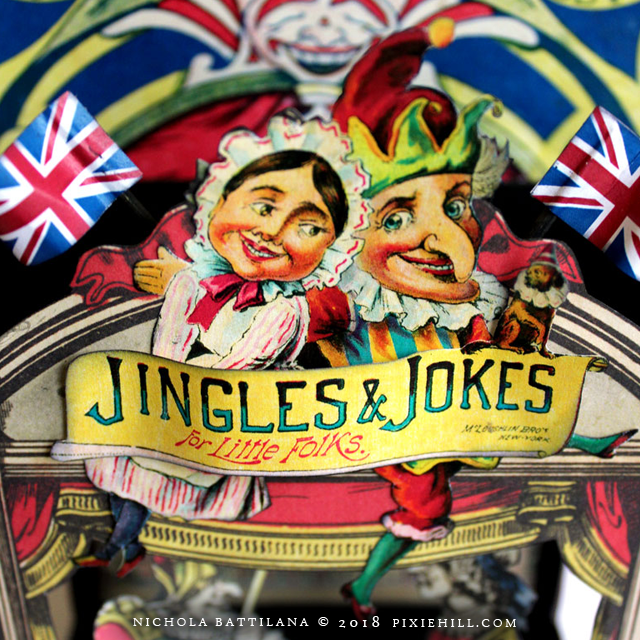 To look at these two you'd think butter wouldn't melt in their mouths... you'd be so wrong! 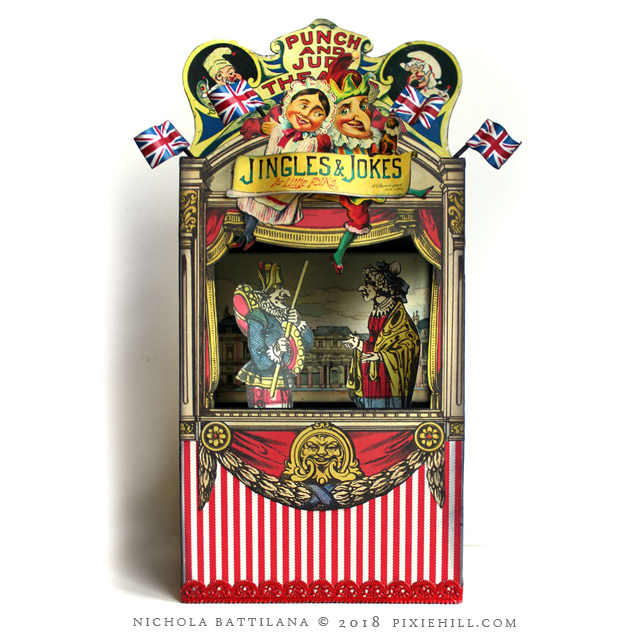 To make this piece I began with the Punch & Judy Theatre kit. Then covered it in Red & Ivory Narrow Stripes Scrapbook Paper. I've actually added two headers here. One attached to the rear from the Punch & Judy Theater Collage Sheet. A second one on the front of the the theatre from the The Grand Guignol Collage Sheet.  I think it gives a good feeling of frantic fun, perfectly suited to Punch and Judy. 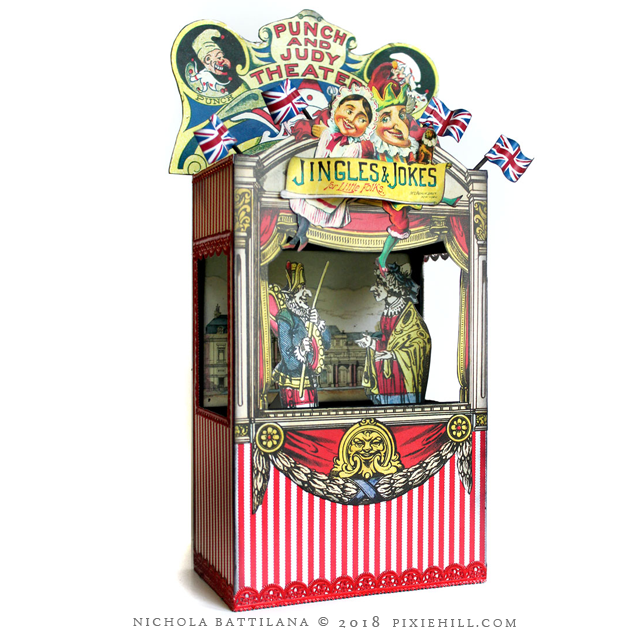 The wee Union Jack flags are a public domain image I scaled down and attached to toothpicks. So fancy, Nichola! 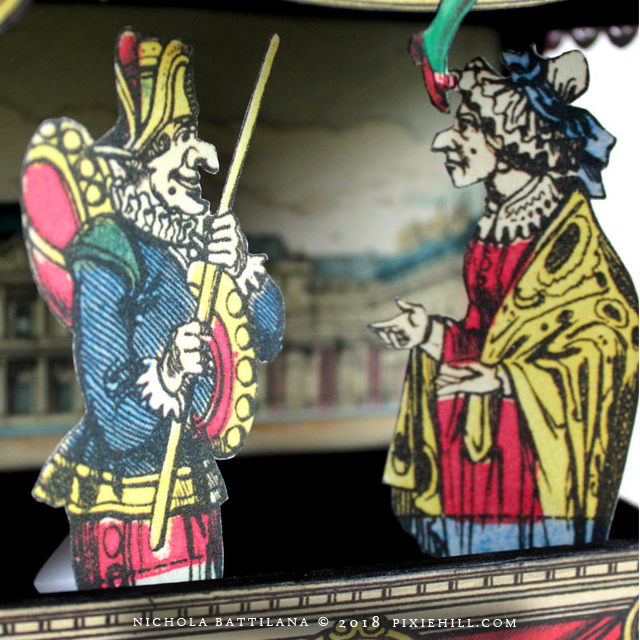 The wee figures inside are removable. 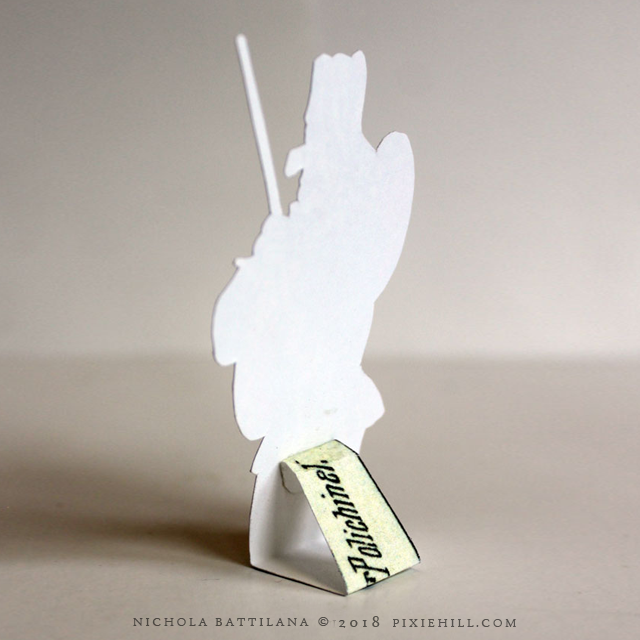 Once again I get super duper fancy with my techniques  by simply folding the "stick-end" of the image from the The Grand Guignol Collage Sheet. Easy peasy! 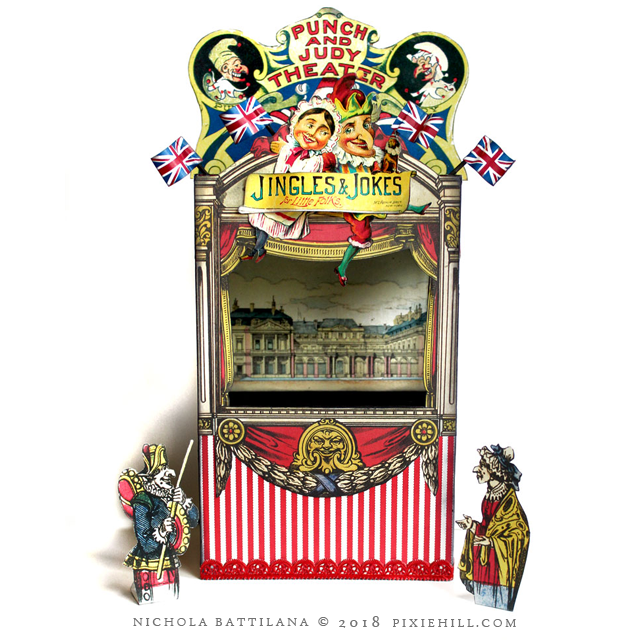 I finished off the piece with some red dresden trims because everything is better with dresden. (I would trim myself in dresden if at all possible.)

And that is it! Fairly easy and you can make this project with all the bits found HERE. Or here are the supplies bit by bit: