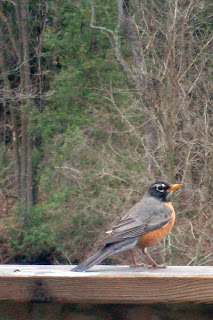 A robin came to Pixie Hill last week, and we were certain that the lovely fellow was an extra special herald of spring. Silly humans. Our red breasted friend has been making quite the fuss. 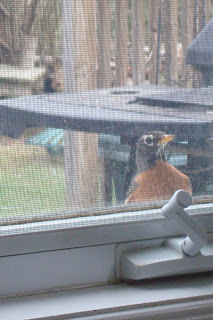 Who? Surely you can't mean me?

Don't fall for that innocent feathered face. He's been trouble I tell you! 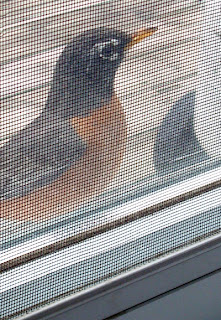 Nonsense. I am a delight and you are lucky to have me.

For over a week now this fellow has been flying into our windows. All of them. Over and over again. The windows are an absolute mess and, as much as I love pirates, I'd rather not have the 'poop-deck' jokes write themselves. 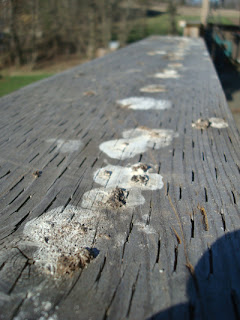 When spring arrives and birdy love is in the air, things get territorial. Seeing his reflection in my spotless (ha!) windows our feathered friend has become agitated that another male is encroaching on his bevvy of girly birdies. The more crazed our robin becomes, the more crazed his reflection becomes. In no time at all you've got bird gang-land warfare. 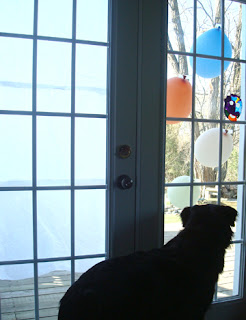 What to do? For the time being, it looks like there's a birthday party going on in the Pixie house. Balloons and tissue paper cover the windows that are attacked most often. Padfoot stands guard... which really does nothing because even the birds know he's a big softy. Now we wait and hope that our robin gets over his jealous rage because there's no way I can cover all of the windows in the house and I'm already none too pleased about the cleaning job ahead.