Terrible title, I know, but I think I'm getting an ear infection and that's the best I could do.

I'm still plugging away on the Fairy Tour which is the biggest work-in-progress of all. Here's a few photos of how things are shaping up... 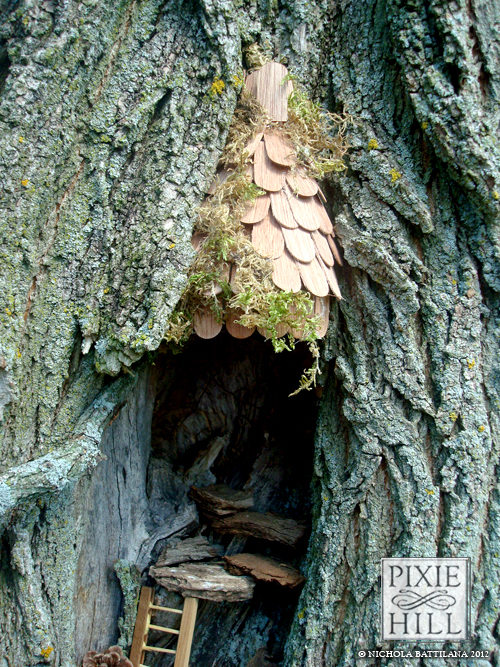 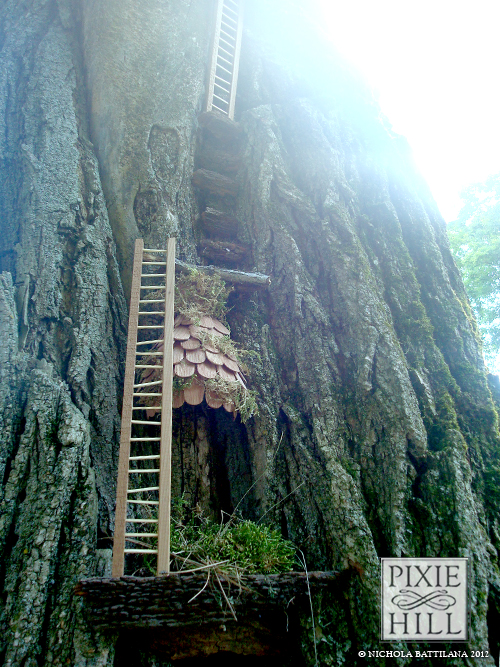 Still more work to be done on the tree but I'm happy with the pace. Those roofs are absolutely 100% fancy you know. They're made using plastic pop bottle tops as a base! 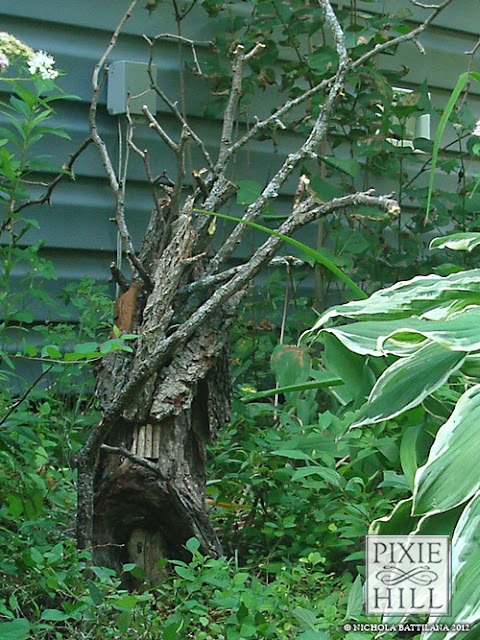 This is my favourite twiggy house. Padfood loves it too because he keeps picking it up, dragging it across the lawn and gnawing on the roof! 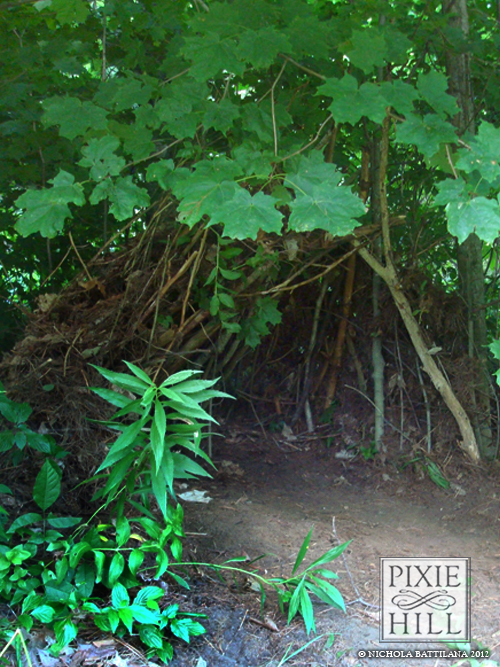 Lastly, something new and totally unexpected that just sort of sprung up this afternoon. The photo is awful but it's a kind of hut made of twigs, old leaves and pine needles. It's actually quite big. Large enough that the kid and his friend immediately claimed it as their own. I think this will end up as a gnome camp but that could change. The very nicest thing about it is that it inspired those two wonderfully terrible children to make their own. Huzzah for out making messes and playing with dirt! That's just what boys should be doing.
Posted by Nichola