Another 221B Baker Street Tin Update

I have been working on the new 221B Baker Street tins. I hope to have them completed sooner rather than later. I'm aiming to be completed the set at the end of the week... that's if all goes smoothly **fingers crossed, knock on wood and all that jazz**. 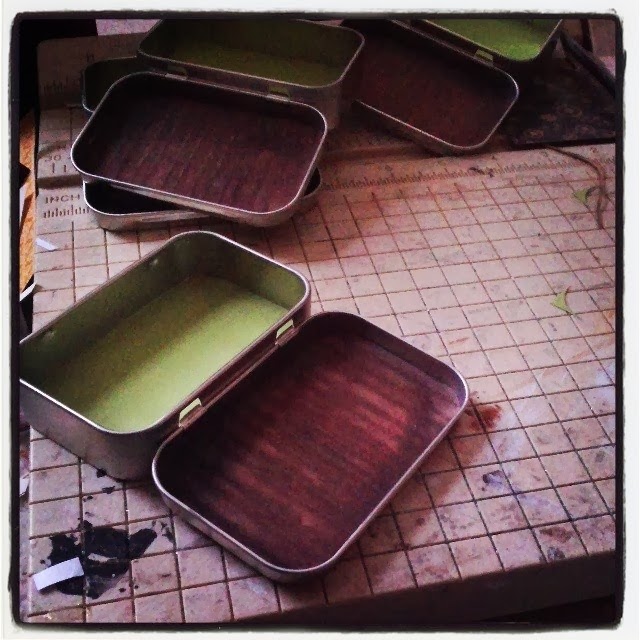 I've shared a few of the improvements I've made so far and here is another... a silly thing but something that bothered me right from the get-go. In the original tin the floor boards ran in the opposite direction as on the BBC set. I didn't realize that until after-the-fact and it drove me a little bonkers. In the new set the floor does indeed run in the correct direction. Phew! 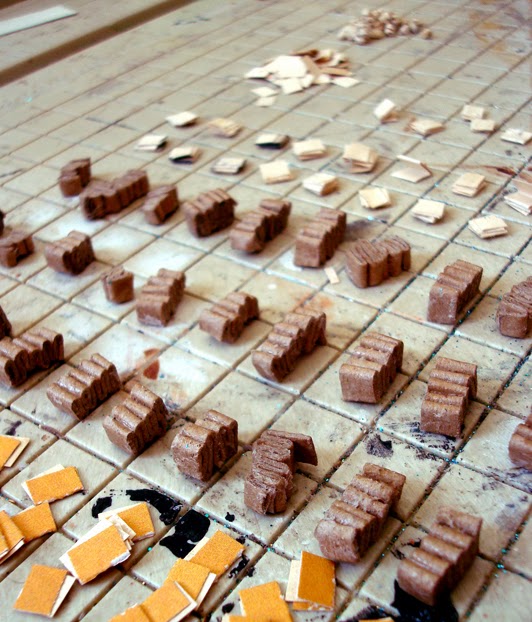 Today I've spent ages and ages fiddling with the papery bits that will fill the interior of the tins. Above are the beginnings of book stacks and file folders to be strewn about. Below are some of the 'new' additions (which I am totally thrilled with!) In the palm of my hand are reproductions of two of the newspapers from the BBC series, an old map of London, a tiny reproduction of the first paper to feature a Sherlock Holmes story, violin sheet music for Bach's Sonata No.1 as played in Reichenbach Fall and last, but not least, a vintage advertisement for men's hats. 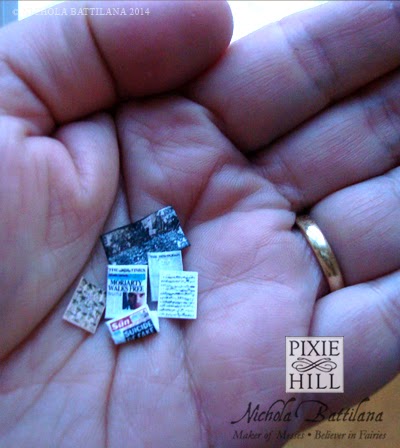 And I'm pretty proud of those tiny newspapers. I recreated them them from scratch and shrunk them down. They are so tiny that 80% of details can't even be seen... 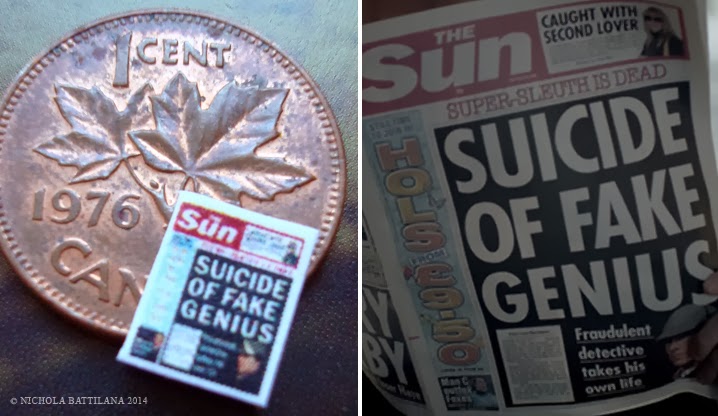 ... but I know they are there and that makes me happy.

There are a few bumps I'm not quite sure how to get over at the moment, and a couple of items I'd like to include but need a little time to work out. I'll update as things progress this throughout the week :)